When things fall apart in Nepal 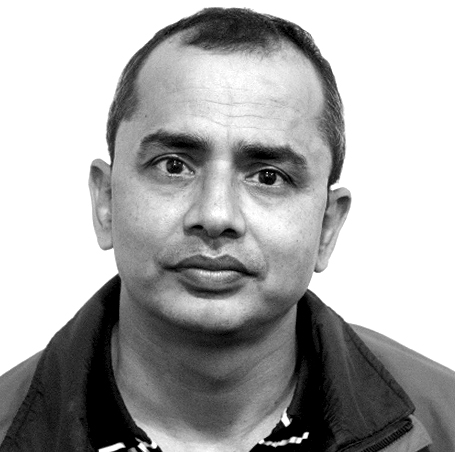 A Ukrainian soldier next to a fighting vehicle outside Kyiv, Ukraine | AP

Interestingly, roughly a decade before that important date, troops from the erstwhile USSR had pulled out from the neighboring Afghanistan after their failure to establish a socialist/communist regime in that strife-torn country. Apparently, the US support for the Mujahideen fighters gave the Soviets a bloody nose and prompted their hasty withdrawal. Coincidentally, the dissolution of the USSR followed the Afghan pullout.

The story does not end there, though. In time, it became clear that the fighters, who gave the Soviets a hard time, would not spare the Americans either.

Historically Afghanistan has been known for making foreign invaders bite the dust. Before the Soviets and the Americans, great powers like the Brits, the Persians, the Greeks, the Arabs, the Turks and the Mongols suffered a fate no different. They all incurred colossal losses in the rugged terrains. All that makes Afghanistan a graveyard of empires.

Prolonged American presence in Afghanistan was a matter of concern, especially for two mighty countries in the neighborhood—Russia and China. No wonder the American withdrawal provided them some solace, offered them an opportunity for celebration, for shoring up their presence in their ‘backyard’.

But the party time appears to be over.

Towards the end of 2021, the movement of Russian men and machines into Ukraine began. This indicated that the theaters of war were shifting in a fast-changing world marked by increasing sub-regional, regional and international tensions and the formation of defense-military alliances like the AUKUS (Australia, the United Kingdom and the United States) and another bloc called the Quad (loosely termed the Asian NATO) consisting of the United States, Japan, Australia and India. Apparently, these groupings are meant to bolster a US-led international order by curtailing the rise of China that has countries like Iran, North Korea, Russia and Pakistan as its allies (or so it seems), at least for now.

While all this was going on, another international war theater emerged. Russia started the invasion of Ukraine towards the last week of February, 2022. The involvement of the US-led North Atlantic Treaty Organization (NATO) in the conflict has complicated matters further not just for the immediate neighborhood but for the entire world.

After the start of the war in Ukraine and the involvement of NATO in the same, it will be no surprise if the crop of experts reading the tea leaves start having second thoughts about their analysis vis-a-vis the decline of the reigning superpower and the automatic ascension of China in the coveted position.

Indeed, decline of global powers is a slow and painful process marked by years of conflict, fall of economic fortunes and military might. For example, decades have passed since the sun set on the British Empire but the Brits continue to be a formidable force in South Asia and beyond.

Following the Russia-Ukraine conflict, prices of oil and gas are skyrocketing, leading to hikes in the prices of both goods and services throughout the world. Disruption in the supply of wheat and sunflower oil from the Black Sea region, one of the six grain baskets of the world, has worsened food insecurity in ill-prepared countries like Nepal.

That again is not the end of the story.

Ratcheting up tensions not only in the already-tense Taiwan Straits but well beyond, Nancy Pelosi, the Speaker of the United States House of Representatives (HoR), visited Taiwan in early August 2022 leading a congressional delegation. Reports indicate that the Joe Biden administration was not comfortable with the visit of Pelosi. She has consistently raised issues like the Tiananmen Square massacre of 1989, held talks with the Dalai Lama and other pro-democracy activists, and expressed support for pro-democracy protests in Hong Kong, much to the discomfort of Beijing.

The high-profile Taiwan visit of the American leader that comes 25 years after another important visit—of then Speaker of the HoR Newt Gingrich—has Beijing seething. In the wake of the visit, the People’s Liberation Army fired missiles that landed not only in Taiwan but also in Japan’s exclusive economic zone. These shots may continue to reverberate in the Asia-Pacific region and much beyond.

The Pelosi visit and the PLA shots come amid talks of the Asian century marked by a steady rise of China and India, increasing tensions between the two neighbors and a steady decline of our national prowess. Also, they come at a time when at least a section of the Japanese ruling elite wants to do away with the Pacific Charter and wants the country’s defense-military wings to play an active role in national defense as well as global peace and security.

Add to it Nepal’s recent hush-hush high-profile visits to New Delhi and the oncoming five-day visit of India’s Chief of Army Staff here. Five days are a long time in a country whose rulers have gained infamy for taking important yet very controversial decisions at the stroke of midnight, regardless of where they stand in the ideological spectrum.

Not to be forgotten is the recent assassination of Japan’s former prime minister Shinjo Abe in the calm waters of Nara, the murder of a staunch Vladimir Putin supporter in the heart of Moscow and a fresh push for lax citizenship provisions in Nepal that’s been sheltering displaced populations not only from the extended neighbourhood but well beyond, thanks to a border that’s open on our side.

All these scenarios have geostrategic dimensions and make it clear that the waters of the Asia-Pacific region will get choppier in the days to come.

Nepal is not known for navigating roiling waters well.

Treading with caution by adopting a policy of pragmatic neutrality may be the best bet for Nepal, given that the country has lost pounds of flesh during turbulent times when things fall apart and Singha Durbar cannot hold. The Treaty of Sugauli with the Brits (1816) and the 1950’s India-Nepal Peace and Friendship Treaty are two cases in point and so are controversial accords over ‘sharing’ of our lifelines—our rivers.

Who knows this better than our mandarins in the Lion Palace?