Vox Pop | Should rental agreements be mandatory in all cases? Many tenants and house owners ApEx talked to had little knowledge of rental agreements, much less signed one. Here is a sampling of the responses we got when we queried them on rental agreements

The legal case involving mediaperson Rupa Sunar and the caste-based discrimination she faced from her prospective landlady opened a pandora’s box, exposing the weak implementation of laws related to the renting of private property.

Can tenants be evicted without prior notice? Do the tenants have to leave the house as it was when they first got it on rent? Who pays for damages to rented properties? How much to pay for water and electricity? All these questions are up in the air without formal agreements.

The new civil code states that formal agreements are not needed between the landlord and the tenant if the rent amount is less than 20,000 a month. A verbal contract is sufficient to enforce such transactions. For rental transactions involving rent of more than Rs 20,000 a month, any contract not in writing will not be legally enforceable.

But many tenants and house owners ApEx talked to had little knowledge of rental agreements, much less signed one. Here is a sampling of the responses we got when we queried them on rental agreements. Although property owners reserve all rental rights to their properties, any kind of discrimination is punishable by law. However, in the case of verbal discrimination, gathering implicating evidence is difficult.

For residential properties, almost all landlords and tenants in Nepal only have verbal agreements, which are still valid by conduct. But it is probably also because most people do not know the importance of having a written document with them. Rental agreements work. Paramount draws around 100 rental agreements for commercial properties every year and gets only around two-three dispute cases at the same time.

As for residential rentals, I myself do not have a rental agreement with my tenants as the monthly rental falls under Rs 20,000. However, one of my relatives has a rental agreement with his tenants because he does not completely trust them. I know we have been working with verbal agreements, but I think it is always safe to have a written document for when disputes arise.

Bindu Lekhak, 36, Sitapaila
Since the Rupa Sunar case, I have heard a lot of talk about rental agreements. Before that, even though I had been living in a rented room for five years, I had never signed an official agreement. The landlord did not ask for it either. We live in a joint family and pay almost Rs 30,000 including all the facilities although we just have a casual verbal agreement.

Laxmi Sipahi, 45, Sanepa
I think that trust should be the priority, but it doesn’t work all the time. Yet my family and I have been living on rent based on trust with our landlords. We have had no issues till date. My landlady increases Rs. 500 every six to eight months and it was decided at the time I started living here. The rent is Rs 22,000 a month now. So, let’s say this was mutually agreed.

Lila Tamang, 51, Naya Thimi
This is the first time I am hearing about rental agreements. We talk casually with our landlords and that becomes an official agreement. They rent out their property according to prevailing rates in the area. Rent also varies based on facilities such as Wi-Fi, hot water, and cable tv. The total payable usually exceeds Rs 20,000. I live on rent in Bhaktapur and have a shop in a rented building in Lalitpur. At both places, I pay almost Rs 25,000 a month, but I do not have a rental agreement for either. Sometimes, I feel it is necessary to sign an official contract to ward off inappropriate increments in rental fees, but no one wants to deal with government bureaucracy. You know it takes time and there is so much corruption.

Purnima Shrestha, 37, Putalisadak
At my place, we have a verbal agreement with the landlady. She increases our rent every two years. I pay extra for Wi-Fi, cable tv, drinking water, electricity, and it comes to almost Rs 23,000 a month. Also, if we have to call a water tanker in case of water-shortage, we pay half the bill. I have never felt like we needed any written agreement. 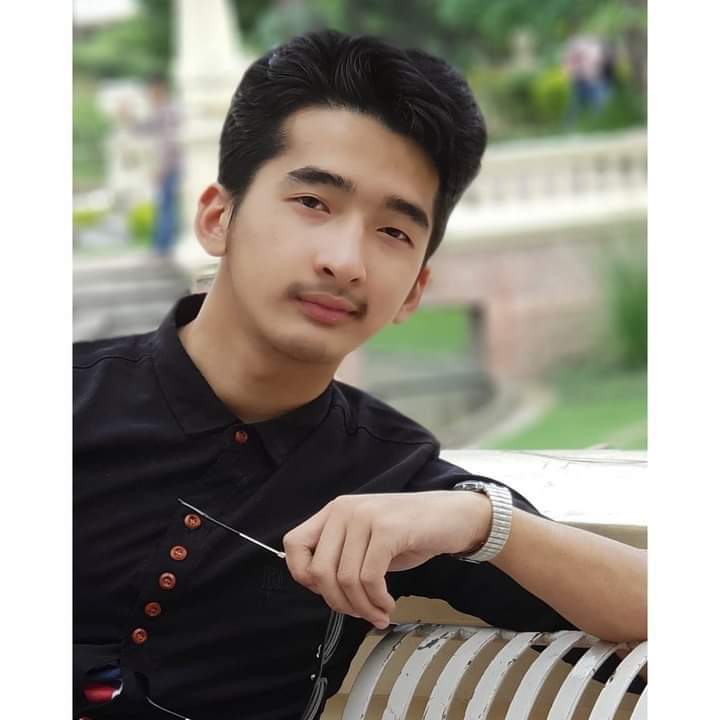 I am the one who looks after rent-related issues in my house. We have rented out a flat for an office at Rs 50,000 a month. We have a written and legal agreement that states rent shall be increased every two years at a rate of 10 percent. In my opinion, a written agreement is a must for any kind of rental activity.

Nawaraj Gurung, 41, Jadibuti
Let me share an incident. A man came asking for a flat. We entered a verbal agreement for Rs 22,000 a month. I didn't even take an advance either. But he never came back. My flat remained vacant for a couple of months. This is why I prefer a written agreement from the beginning with some cash advance.

Rajesh Ghatani, 38, Sanga
I have rented my two-story houses in Sanga, Bhaktapur, to a joint family. They pay Rs 35,000 a month. As it is a huge financial deal, we have legal documentation, and I guess it is important too.

Deepa Nagarkoti, 52, Hattiban
Since 1993, we have rented our flat at Baneshwor, and with time we have increased rent. Right now, we take Rs 23,000 a month excluding facilities such as water and electricity. We have not signed a written agreement with the tenants. We haven’t felt its necessity. We offer our flat at Rs 20,000 per month as it is the prevailing rate in our community. In many ways, a rental agreement might be good, but asking for a legal commitment for rent doesn’t sound good. It may create trust issues from the start.

Himesh Rajput, 31, Balkot
I own an electronics shop for which I have signed a rental agreement. But as for my residence, we don’t have any formal agreement as I pay only Rs. 9,000 for it. But I think a rental agreement is necessary as it legitimizes the landlord-tenant relationship. We should establish a habit of doing it.

Kashish Chauhan, 28, Kausaltar
The place where I live is solely meant for rental purposes, so my landlord has a file that contains details of every tenant in his house. I don’t know whether it is an official or legal document but it surely helps in tracing purposes in emergencies. The rent fees are uniform for all, i.e. Rs 12,000. He has kept my photo, copy of my citizenship and we have signed a consent letter with certain terms and conditions.

Manisha BK, 29, Kapan
I live in Kapan, Kathmandu, where a few years ago, a man broke into the landlady’s room and ran away with her valuables. Since then, our area committee decided to maintain records of every tenant. But this practice slowly disappeared when people forgot about that incident. I pay way less than Rs 20,000 but my landlord has my documents, photo, and contact details and I take it positively. Who knows what may happen tomorrow? Being an engineering aspirant at Kathmandu University, I live in Dhulikhel. There, almost all students live in rented rooms without written agreements with their landlords. Engineering students normally live in one place for four years and the landlords don’t increase the rent during the period. Generally, the rent ranges from Rs 3,500 to Rs 5,000. I have not heard of any dispute between a tenant and the house owner about the rent price, so I don’t think a written agreement is necessary there.

Jenish Rai, 24, Kadaghari
Here in Kathmandu, I live in a rented room with my brother. He has been living here for six years and I came a couple of years ago. He had paid Rs 2,500 at first and now we pay Rs 7,000. I don’t think we have signed any rental agreement till now. We have a house in Baglung, which we have rented out. We have not signed any rental agreement there as well. I have rented a flat for Rs 10,000 excluding electricity, Wi-Fi, and other minor facilities. Many families lived at my place, but I did not have a rental agreement with any of them. Sometimes, I think a rental agreement is necessary because it would bind both the owners and tenants. Some owners just throw out rented people if they find someone willing to pay more. The same goes for many tenants.

Renuka Timalsina, 31, Dallu
At my place and also my father’s, we don't sign agreements with our tenants. Since we charge Rs 4,000 for a room, we don’t feel it is necessary. Yet, I think for larger transactions, there must be legal provisions and protocols.

Samikshya Chamling Rai, 38, Mahadevsthan
If your tenants move out frequently, members of the community believe that there is some problem with the house or the landlord. I am not saying all tenants are bad. So, I guess a legal agreement is necessary. Even when I charge only Rs 8,000 for a three-room flat in Bhaktapur including all facilities, sometimes tenants move out for no reason.

Shambhu Chimariya, 29, Kritipur
Preparing official documentation is always hectic and no one wants to visit government offices to register an agreement for a monthly rent of Rs 5,000. Maintaining a record of the tenant’s identity is good but I don’t enjoy visiting government offices for small amounts. It is a waste of time. Usually, I rent out rooms to people referred by friends or relatives. So, written rental agreements are not needed. But, if I rent rooms to a stranger, I would prefer some kind of documentation even if the rent is only Rs 5,000