Udayaraj Khanal: A man of science Graduated from Florida Atlantic University, US

Ever since I can remember, I wanted to study physics. My education journey started with my parents teaching me at home. My mother taught me Nepali alphabets and my father took it further by encouraging me to ask questions about natural occurrences. They whetted my inquisitiveness. I was amazed as a child at how electricity lit up our home, made the doorbell ring, and turned the radio on. My father tried his best to explain how things worked, and it was him who suggested me to study physics.

When my family moved to Delhi after my father’s appointment as the Nepali ambassador to India, one of the first things my father got me was a science experiment set for children. I amused myself experimenting with the set, making electromagnets, bells, fans, parallel, series circuits of lamps, and so on. I went to St Columba’s School in Delhi, where we were given huge books, including A School Geometry by Hall and Stevens, from middle school onwards. Soon we were dealing with heat gained equals heat loss, reflection by plane and curved mirrors, and so on.

Between his duties, my father recalled from his long-gone schooldays to help me solve my school problems. I became good at science or mathematics. And by the time I returned to Kathmandu and rejoined St Xavier’s as a ninth grader, I was good enough to help my classmates.

After school, I enrolled in Florida Atlantic University, US. The beauty of Maxwell, Hamilton, Schrodinger and the E=mc2 equations was fading into endless mathematical manipulations. The only diversion for me, a college student back then, was the Watergate saga. I can still vividly remember the protesting youth singing along with Blows Against the Empire. These were highly politically charged times in the US and elsewhere in the world.

The closing of the Trial of the Chicago Seven regrew into that of the Gainsville Eight, and even our student union got disbanded. My father had just been appointed the ambassador to the US, and in these turbulent times in US history, I, a college student with long hair flowing down to my shoulders, participated in my father’s credential presentation ceremony before President Nixon. Those were strange and exciting times.

After finishing college, I wanted to join Tribhuvan University, but the plan did not pan out. So, I went to Delhi University. It was during the emergency era. I had jumped out of the frying pan into the fire. Youths around the world were in revolt against the establishment.

Getting accustomed to the varied accents of the professors from all over India took time. But I eventually found my footing.

During my PhD under Professor Panchapakesan, we published a series of papers on Hawking radiation. Hawking had shown that gravity could create everything from nothing, just as The Buddha had stated two millennia ago. I continued to publish from Nepal, as well, but my efforts to put us on the research map was deemed worthless in an academic landscape devoid of scientific culture. It took a decade to overcome this.

Over time, I ventured to publish my work beyond string theory and on to extended objects.

String theory was developed out of Kaluza and Klein theory of the 1920’s that had found electromagnetism in the fifth dimension of extended general relativity. Ten-dimensional superstring was found to unify all known particles and their interactions, including gravity. So I thought: “Why stop at strings when a liquid drop, that could become a filamentary string or stretch into a membrane, could more naturally represent the fundamental state of matter?” I ended up with the wave equation in the conducting medium, whose solution allowed faster than light transmission of signals.

As the media reported on this work, our scientific authorities ridiculed it with a public warning to “beware of rumors”. But by then, I was exploring the fundamentals of nature for my own entertainment, and was no more swayed by such negativity. I published two sequels on visits to various institutes in India, but could not quantize the formulation due to lack of resources. Leading labs are continually investigating superluminality, be it in quantum tunneling, neutrino propagation, or black hole jets. Only time will tell whether any observation is explained by my solution.

I also got together with my PhD students and used the Newman-Penrose method to study cosmological perturbation and galaxy formation. As I presented our work to an audience in Pittsburgh, which included Newman, he expressed surprise that their method to study black holes could be used in cosmology.

I have continued my explorations, preparing some results for publications, and furthering my understanding. 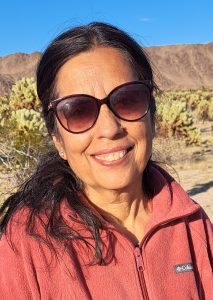 He has been an awesome support throughout. It is joyful to see him work on his equations. When he started taking me to conferences abroad, he was surprised that I could easily make friends with renowned professors with whom he could communicate only on the pretext of some equations or matters related to the field of science.

He is a veteran physicist. There would be no doubt to call him Albert Einstein of Nepal. I still remember, when Girija Prasad Koirala was the prime minister, Udayaraj sir’s father was his advisor and he was offered the position of vice-chancellor at Nepal Academy of Science and Technology. But he denied the position saying that he was a teacher whose work is to teach and not lead an institute like NAST. He is a very gentle and genuine person. 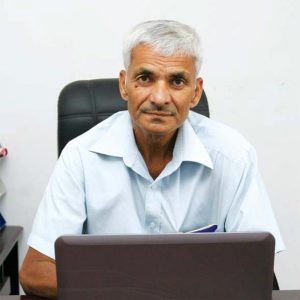 He is the most brilliant physicist that Nepal has ever had. From Nepal, he published numerous outstanding research works and findings on international platforms. He also published research papers arguing that light is not the fastest traveling object. In our physics department, everyone used to rush to him if they had any physics-related problems.