Tobacco kills half of its consumers According to the World Health Organization, around the world, 1.3bn people use tobacco products, with 80 percent of them living in low- and middle-income nations. By diverting household expenditures away from necessities like food and shelter to cigarettes, tobacco consumption leads to poverty.

As tobacco is so addicting, it is tough to stop this consumption behavior. Additionally, it results in the early mortality and incapacity of working-age individuals in households, which lowers household income and raises healthcare expenditures. More than 8m people die every year due to the consumption of tobacco products, including approximately 1m deaths from second-hand smoke exposure. The burden of tobacco-attributable diseases and death is heaviest.

Tobacco has become the second death factor in Nepal. Recent research from the Nepal Development Research Institute found that one in five deaths in Nepal are caused by tobacco, making it a bigger killer in Nepal than in any other South Asian country. At current rates, around 1.34m Nepalis will die from smoking in the next 30 years.

In this regard, the Annapurna Media Network sought to examine the public perceptions on tobacco in Nepal. The major objectives of the study was to know the opinion of the people regarding using tobacco and how the government can take action for its control. The survey was conducted on 4-10 Nov 2022 at different areas of Kathmandu valley where it is easy to get different samples from respondents representing various districts of Nepal.

The study was based on a descriptive research design using quantitative data. The sample was selected using a simple random sampling method. The research was done among 198 respondents of various age groups. 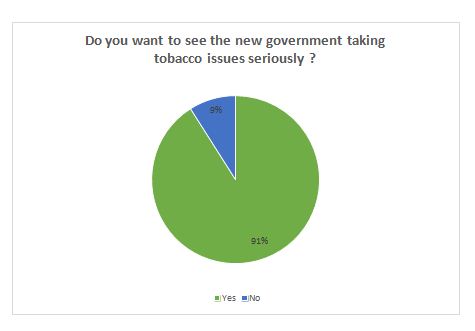 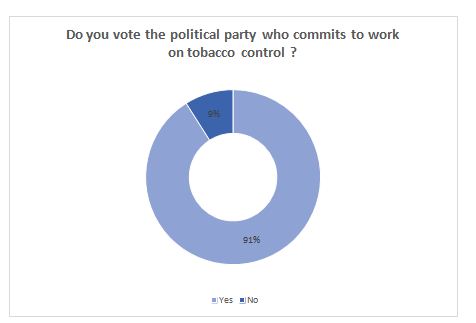 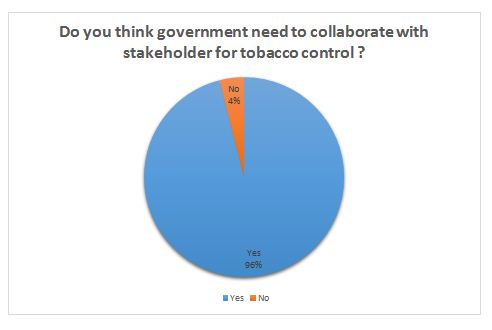 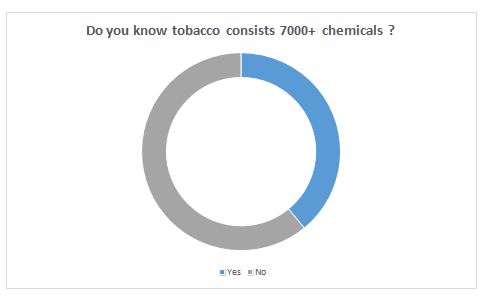 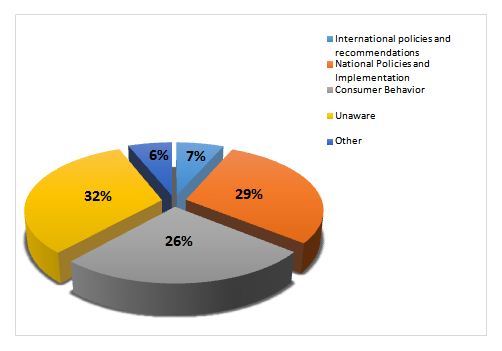 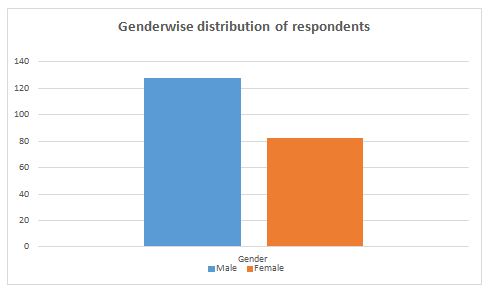 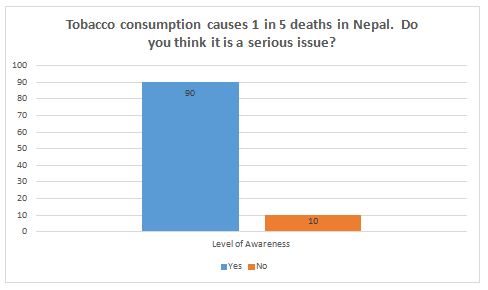 Adolescents seem to be highly involved in such addictive activities, some teenagers consuming it to show off and to influencing others. 95 percent of respondents want to see the new government to take the tobacco epidemic seriously. 96 percent said they wanted the Government to bring tobacco consumption under control but 92 percent felt that, so far, the Government has not paid enough attention to the crisis caused by tobacco consumption as well as production. 91 percent of respondents want to support the government implementing the strict rules and regulation against tobacco products in Nepal.

This is a credible and deliverable plan to control tobacco use and save lives. Increased Taxation would provide essential revenue to support other actions to improve the Nepali Health system. And at the same time it will lead to reduced consumption of tobacco in this Country. That in turn won’t just save lives – it will lower the burden on our health system too.