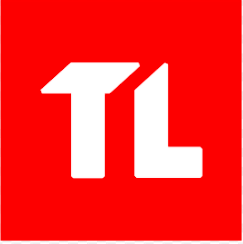 Images with the primary 64MP camera have good details, the colors look saturated as ever and the dynamic range looks decent

Samsung Galaxy A32 is a mid-range phone which comes as an upgrade to the Galaxy A31.

The phone was recently launched in Nepal and is priced at Rs 31,999 (6/128GB). Unlike its predecessors, it comes with a high refresh rate display and a 64MP camera.

How does it feel so far? I'll tell you all about it i.

Unlike the A52 and A72, Samsung has gone for a glossy finish on the A32. The camera module is also slightly different as it does not have a camera bump on the rear.

The rear panel is made up of plastic but it feels premium to touch. It does catch fingerprints easily though.

On the front, it gets an Infinity-U notch that we have seen on affordable Galaxy phones. I would have liked it better if they had gone with the Infinity-O display. The fingerprint sensor is also embedded inside the display and it is better than previous iterations of the phone.

Samsung has gone for the 6.4 inches FHD+ Super AMOLED panel on the A32 with a 90Hz refresh rate.

The 90Hz display provides smooth scrolling and supports 90Hz in most apps such as Facebook.

And, the display itself is a good with vivid colors and deep blacks.

Samsung is using the MediaTek Helio G80 chipset on the Galaxy A32. And, it is completely underwhelming for a phone of this range.

You can also play games in low to medium settings. I've been testing PUBG Mobile on low settings and it can run it pretty well.

Samsung has employed a quad-camera setup on the A32. It uses a 64MP sensor, an 8MP ultrawide sensor, a 5MP macro sensor, and a 5MP depth sensor.

Similarly, it has a 20MP sensor on the front for selfies.

Images with the primary 64MP camera have good details, the colors look saturated as ever and the dynamic range looks decent.

Similarly, the 8MP ultrawide angle camera looks decent. The color profile is similar to that of the main sensor and has a nice field of view. A 5MP macro sensor for the price is really good but the quality is only average.

With the front camera, the A32 can capture a fair amount of details with good skin tones.

Samsung A32 has a 5000mAh battery and its makers claim it will last for up to two days. I have used this device for only a day so I'll see if it can deliver on that promises in my full review.

The box comes with a 15W charging which is not the best you can get for the price.

The overall software experience is similar to that of the A52 and A72.

It also gets swipe right to Google News which is standard on all of the latest Samsung phones. However, Samsung has excluded some of the features like Dex on the A32. Likewise, it also doesn't get the Link to Windows feature.

So, Samsung Galaxy A32 is a decent budget phone but the Helio G80 looks underwhelming for the price.

It’s design feels fresh compared to the A52/A72 and it has a good camera setup along with a big battery. The only thing I'm worried about is the chipset.