I was born in Khurkot, Sindhuli, at a time when there were no schools in my village. My village would get its first school only after the end of the Panchayat regime in 1950. The school taught only up to sixth grade. After that, we had to either go to Kathmandu, Janakpur or India to complete our school education. In my case, I went to India via Sarlahi where my family used to own some property.

In Indian schools, we had to choose between science, arts and commerce streams in the eighth grade. I chose arts even though my uncle wanted me to study science. I decided to pursue science only after I completed my school from Janakpur. Around the time of my school graduation, I moved to a school in Janakpur along with my elder brother, who unfortunately passed away at an early age after contracting malaria.

I graduated from Saraswati High School in 1956 and completed my Intermediate in Science (ISc) studies from Public Science School in Kathmandu in 1960. I got my Bachelor’s degree from Tri Chandra College in 1962, and headed to Karnatak University in India under Colombo Plan Scholarship to pursue my Master’s. I graduated with very good grades in 1964.

My academic achievements gave me a chance to work as an associate professor in Tribhuvan University (TU). I always wanted to get a doctoral degree, but that was not easy at the time. Universities abroad did not easily accept Nepali students, which is why I had to wait another decade.

I worked as an associate professor at the TU from 1964 to 1974 and became a tenured faculty member in 1971. Then, I went to London South Bank University to pursue my doctoral degree in Chemistry through the British Council, graduated in 1977 and returned to Nepal.

I have worked closely with the monarchs of Nepal. Following the death of King Mahendra, I developed good working relations with King Birendra, who was only two years younger than me.

King Birendra had a vision to modernize Nepali education system and he appointed me as a member secretary of the National Education Committee, the highest policy-making body. I held the post for almost 12 years, during which time we established the Budhanilkantha School, where I also served as chairman for nearly eight years.

In those times, students needed to be talented to study in schools like Budhanilkantha. Those who were not so good at studies, we felt, would be better off with vocational training, something Nepal had tried before but with little success.

King Birendra agreed with me when I said we needed proper vocational institutes, and he handed me the responsibility of leading a technical educational vocational training center.

The Council of Technical Education Vocational Training (CTEVT) was formed as the umbrella body governing the institutes opened for this kind of training. We established nearly 10 training institutes under the CTEVT. Later, I was appointed the council-head.

Even as information technology advanced and spread abroad, Nepal had nothing comparable. We had a lot of catching up to do. In order to do so, we had to modernize our education and set up a separate university.

On top of that, Kathmandu already had a university, so we wanted to open a university elsewhere. I had started Kathmandu Valley College with some of my friends at the time. The college taught specialized courses in the morning in a space that was provided to us by Pulchowk Engineering Campus.

The college was quite successful. Even former prime minister Marich Man Singh had enrolled his child at the college. Parents and students put tremendous trust in us, which was a driving force to do better and dream big.

I did not have a single penny, but I had no shortage of courage and determination to establish a university. Following the restoration of democracy in 1990, we transformed Kathmandu Valley College into Kathmandu University (KU). Today, the university is among Nepal’s premier institutions of higher learning. 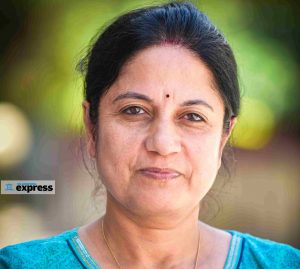 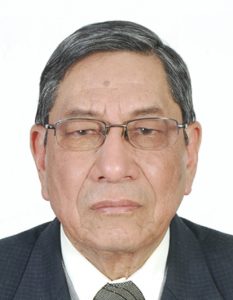 I have known him for the past 50 years, and I have not seen anyone nearly as dedicated in the field of education. But he was always more determined and more inclined to handle the administrative part rather than doing academic stuff. He gets the credit for modernizing Nepal’s education. 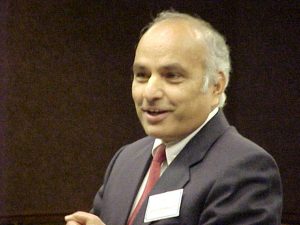 I have known him for the past 60 years and for 15 of those we worked together in Kathmandu University. All these years, he has had just one thing in mind: education. All he wanted was to improve Nepal’s education sector. And he is the most comfortable to work with. Otherwise, it is impossible to work with someone for 15 years without much of a fuss. With him, it was all smooth. He is also the most dedicated man I have known.