As far as I can remember, art and architecture have always piqued my interest. Perhaps, this is due to the fact that I was born and brought up in Bhaktapur, a place of heritage. As a student, I wanted to pursue fine arts, but my father was insistent on me studying law instead. So, without informing my family, I studied fine arts and law simultaneously. By 1993, I had four Bachelor’s degrees in law, fine arts, history, and management. All of these qualifications would come in handy in the future.

I went to Germany for my Master’s degree in sculpture, only to later switch my course to development policy after learning the basics of sculpture art. I topped the university, which opened up a chance for me to work with GTZ-German Technical Cooperation (Deutsche Gesellschaft für Internationale Zusammenarbeit). This was a good and high-paying job, and also here, I realized that heritage work is what I wanted to do in my life.

I had a chance to be part of the Patan Museum restoration project in 1990. It was here that I developed a passion for the traditional architecture of Nepal. Being part of the project was one of my important life events. It holds a big part in getting me to where I am today.

Back then, traditional Nepali architecture was being supplanted by so-called modern structures. Our rustic, picturesque, medieval buildings were being torn down to make way for uninspiring gray concrete buildings. Seeing this pinched me enough to give up a secure future and dedicate my life to heritage conservation.

My first conservation project was ‘Namuna Ghar’ in 1999. It was a special undertaking, one that reflected Nepal’s glorious medieval art, architecture and history. The house being restored was over 150 years old, which was being used as a chicken coop. It was redesigned and rebuilt, featuring beautiful attributes of traditional Nepali architecture.

When I first joined the heritage conservation field, I was called insane for passing up a comfortable life and career in Europe and choosing a zero-income sector.  But as soon as the ‘Namuna Ghar’ went on to win the UNESCO Asia-Pacific Awards for Cultural Heritage Conservation in 2004, all criticisms against me drowned out. People started to recognize my work.

Items that highlight Nepali culture and tradition are on display at ‘Namuna Ghar.’ The main objective for restoring and promoting it is to inspire Nepalis to appreciate and conserve their rich and beautiful heritage. I also started a homestay at the ‘Namuna Ghar’, and it was from here, the concept of bed and breakfast took off in Nepal.

This is how I turned my passion for heritage conservation into a profession. I restore old and damaged houses. By 2010, I was making a good income from my work. There is money in conservation because I don’t think there could be conservation without money.

I started getting many projects after that, but there was suddenly an acute shortage of workers. This was not because people didn’t want to work. It was because they didn’t have the required skills. So, I established the Nepal Vocational Academy in Panauti in 2015 and in Bhaktapur in 2017. The academy has been conducting short-term courses on woodcarving and masonry in affiliation with the Council for Technical Education and Vocational Training (CTEVT). Currently, we are constructing a university model of the academy in Panauti.

The Museum of Stolen Art is another project that is close to my heart. It aims to preserve the traditional arts, artifacts and monuments of Nepal by raising awareness about lost and stolen Nepali arts and artifacts. As an initial step, we planned to display the replicas of 50 lost and stone sculptures. To date, we have already made 40 replicas.

Many Nepalis have no idea that our precious art and artifacts are being trafficked. So, the museum aims to create social, ethical and administrative pressure on all national and international authorities to end this practice and repatriate our stolen artifacts.

I am also involved in ‘Mission Panauti’ that aims to renovate all the heritage sites of Panauti, which happens to be an antique and unique Newa city outside Kathmandu valley. Our foundation has already handed over the first phase of the master plan of the Mission Panauti: Making Panauti a UNESCO heritage site. We are now working to enlist Panauti on the UNESCO heritage list. The other major projects that I have worked on are the ‘Toni Hagen House,’ ‘Basuki Ghar,’ and ‘Namuna Gaun’. 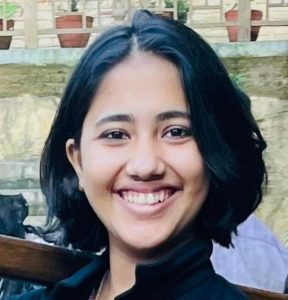 My father is the quintessential example of  a man driven by passion and hard work. Everything he does is ruled by his big heart. There isn’t a day I don’t get inspired by his dedication towards his work and his humble approach to life. Not only is he a pillar of strength for his colleagues and workers, he is also an amazing father who has always supported me. 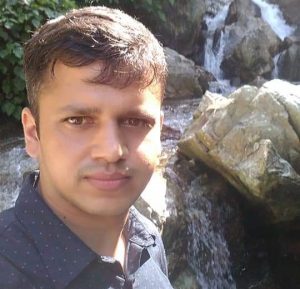 Rabindra Puri is a dreamer. He always dreams of massive projects and works tirelessly to realize them. Once he completes his one dream, he is already on to the next one. At one time, he wanted to build 100 heritage houses, but now he is focusing on 1,000 such houses. 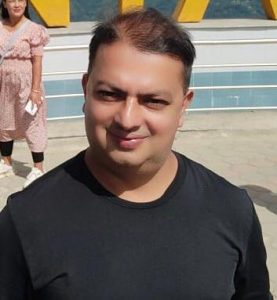 Rabindra ji has been working in heritage and archeology conservation and development for decades. He has never sought any recognition or promotion for his work. This shows his passion for heritage conservation. He took the initiative of starting the Museum of Stolen Arts in Panauti with the goal of repatriating the stolen artifacts. It is a wonderful work of awareness and caution for the entire art world.