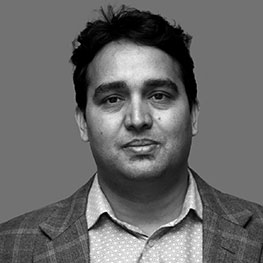 PM Oli has created much noise but failed to deliver much. Above all, populism and propaganda have characterized his regime

Despite big promises, the all-powerful Prime Minister KP Sharma Oli has failed to make any substantial impact in his nine months in office. For many, this communist government is being overshadowed by the nine-month minority communist government led by late Man Mohan Adhikari in 1994. For his few popular programs like social security allowance and Aafno Gaun Aafai Banau (‘Lets build our villages ourselves’), the Adhikari government is still remembered with respect. Oli could have done far better than Adhikari. But despite recently rolling out a rather popular social security scheme of his own, Oli is fast losing momentum. PM Oli has a rather naive mindset on pressing issues like federal tran­sition, constitution amendment, party unification, transitional jus­tice, impunity, diplomatic relations, development drive and other pub­lic issues. Successful management of the federal transition is a major responsibility for this government. But PM Oli does not seem keen. For instance, provincial governments have failed to give business to their houses in absence of minimum pol­icy and resource support from the federal government. In case of local government, there is no system to maintain check and balance.

As a result, there is widespread corruption in local level govern­ment. Further, PM Oli is still reluc­tant to form the ‘natural resources and financial commission’ which has constitutional mandate to distribute resources equitably among the three tiers of the government.

Constitution amendment is another long overdue commitment Oli government made to Mad­hes-based parties. In reality, there have been no negotiations in nine months regarding what to amend. The reluctance on the both sides, the government as well as the Mad­hes-based parties, to push the issue of constitutional amendment has only helped fuel the popularity of radical forces like CK Raut.

Following the parliamentary elec­tions, communist party leaders had promised immediate party unifica­tion, which in their words was going to end intra-party groupism and factionalism, and they would then be able to focus all their energy to national development. But nothing of the kind has happened. What we rather see is that intra-party groupism and factionalism have intensified in the ruling Nepal Com­munist Party.

It is yet to be seen how the issue of transitional justice will be resolved and impunity addressed. PM Oli has not set a good precedent though. For instance, the lingering and unresolved cases of Gangya Maya Adhikari and Nirmala Pant suggest justice for common Nepalis, thereby ending the culture of impunity, is not high on PM Oli’s priority.

Again, in nine months, PM Oli has created much noise but failed to deliver much. Above all, populism and propaganda characterize his regime. In August, the prime min­ister had inaugurated a biogas plant in Biratnagar. Then, in October, he inaugurated Sajha-operated electric buses. Both these things were done with great fanfare. But the bio-gas plant was shut after a month while the electric buses were not operated for a single day after their inaugura­tion. Also, one has to question if the prime minister’s time is best spent inaugurating this or that project rather than in delivering on his elec­toral promises.

We can thus argue that in nine months the popularity of PM Oli and his government has fallen sharply. It’s difficult to be hopeful under such circumstances. Surrounded as he is by brokers and contractors, the chances of PM Oli redeeming himself are slim.