In the presence of President Bidya Devi Bhandari, a special event of Phulpati was held by the Nepal Army on Sunday at Tudikhel. 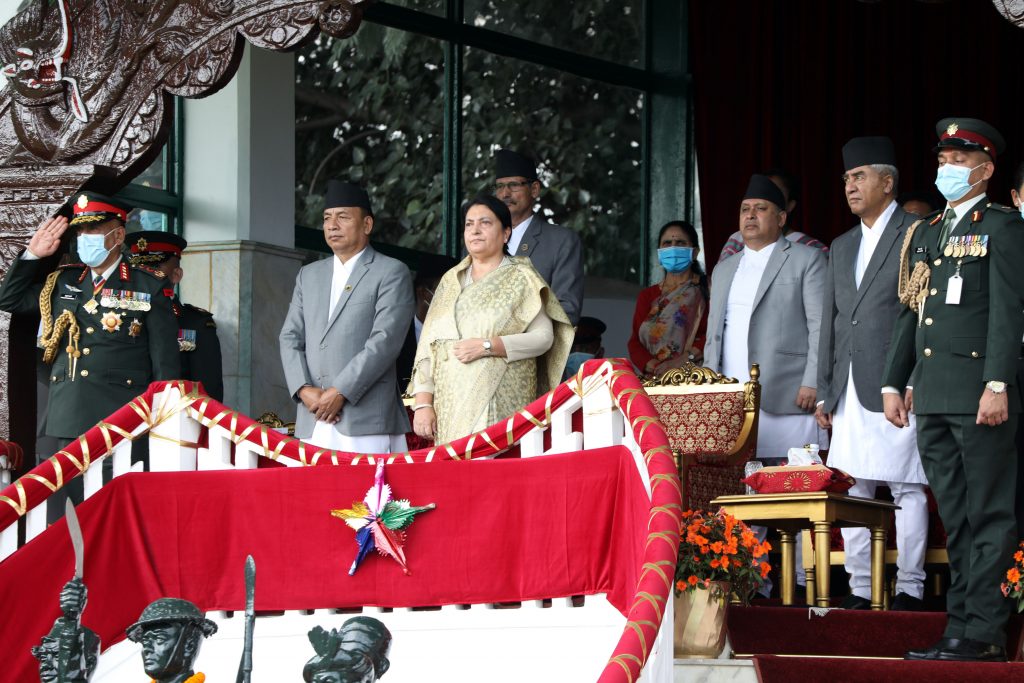 During the ceremony, the army presented the helicopter show, parade, rifle wave and the gun and cannon salute.