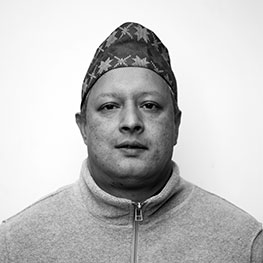 The one and only way to get out of the present mess is to align ourselves with one of the three powers. There is absolutely no reason to feel guilty about doing so

Delusion: A false belief that is based on an incorrect interpretation of reality.  (Harvard Health Publishing, Harvard Medical School)

Majority of our mainstream political analysts are delusional. Therefore, we are constantly bombarded with pieces that assume we are already a prosperous, strong country with functional democracy. Such ideas that do not correspond to ground reality are promoted and believed. And that's behind our poverty and weak international standing.

The buzzword these days is balance. Almost all pieces on Nepal’s foreign policy either begins or ends with the sentence, “Nepal needs to balance its relations with all three powers: India, China and the US”, as if we are capable of it. But hardly any piece carries a clear—and doable—prescription on how to achieve that much-sought balance. The very belief that we or anybody else for that matter can balance its relations with countries with competing interests and ideologies is, quite frankly, ridiculous. Either they know a thing or two no body else does, or they know nothing and they say it because that's in vogue and saying anything to the contrary makes them anti-China, anti-India or anti-America. In our shameless effort to avoid being anti this and that, we have ceased being pro-Nepal.

Being pro-Nepal means accepting that we do not possess any special diplomatic skills and we do not matter much to the global or regional powers that we are obsessed with. The great delusion is that we are already Switzerland and we have the luxury to remain neutral and non-aligned. Being pro-Nepal is to accept that we are poor and weak and light years behind Switzerland. It also means we explore ways to make ourselves strong so that others take us seriously. And there's only one way to go about achieving this dream—we got to be really selfish because all countries are (well, most anyways), and the countries that are holding on to the unrealistic aspirations are messed up like us.

The one and only way to get out of the present mess is to align ourselves with one of the three powers. There is absolutely no reason to feel guilty about doing so.

Let's look around: our neighbors developed because they aligned with the US. It led to market access, investment and defense modernization. Had they chosen to balance their relations like us, China would still be a chaotic communist country experimenting with senseless policies and India would still be following, what the critics used to call, the Hindu rate of growth. And the Malaysians would still be congratulating themselves for making the right decision of kicking Singapore out of the Malay federation.

Aligning ourselves with a powerful country is also in our security interest. World politics is all about interest-based alliances, and our security interests are best served if we make ourselves useful to one of the three powers. Neutrality and non- alignment never served anyone. The neutral countries were one of the first to be invaded by Germany during the Second World War.

The threat of Great War is still there; otherwise no country would be spending on military and advanced weapons. We do not have the resources to defend ourselves and we need a powerful friend who would take us under its wings and help us modernize our military. Let's think beyond tents, field hospitals, non-lethal equipment and a building or two. Believing that the neighbors or other powers would not attack us, and even if they do, delaying action battle/tactic or the international outcry would deter the foreign advancing army, will only give us a false sense of security.

For us, the options are limited. It is for the leaders to decide who we want to align with by taking various factors into consideration. And we got to sign a defense pact with one of the three: we commit 15,000-25,000 troops to fight your war if you agree to defend us and help us modernize our military and invest in our economic growth and infrastructure development. The Rana rulers understood that the only way Nepal could remain independent or be seen as such was by militarily aligning itself with the allied powers. The situation hasn't changed a bit. The army is still a major tool to achieve the foreign policy objectives of almost all functioning countries and, for us, it is our only ticket to prosperity.

We need to align with a power that would consider an attack on us as an attack on itself, and go all out to defend us. And that is only likely, if we too commit to fighting its war. That’s what we can offer because we have nothing else of value to offer.

Our biggest security threats, just as it is to any other country, are our neighbors. If we align with one, the threat is reduced to only one. And even then, we would not be forced to defend it ourselves if it attacks or invades us. Even if there's no war or other threats, aligning with a major power reduces our military budget in the short run, as the power we align with will spend on its modernization because it would need our military to fight its war too and it would be in its best interests to equip us with the same weapons that it equips its military with.

We can then ask our ally for market access and infrastructure development and it would lead to industrialization and we will be rich enough to afford the latest weapons ourselves. And to achieve that, allowing the ally to maintain a base or two here or have our military fight alongside it, is no big deal. Most developed and currently developing countries have followed this route. You scratch my back and I will scratch yours—that's how the world works.

And let's not forget: almost all countries that our youth go to work these days have followed this path to development and security. While talking about their impressive growth in the past 20-30 years and still arguing that we balance our relations and remain neutral is hypocrisy on the part of our elite opinion makers. The UK, Germany, Japan, Qatar, South Korea, Bahrain, Kuwait, Saudi Arabia etc—some of you probably think of the US bases when you think about these countries and ridicule them for compromising their sovereignty, but for us, the majority, we think of their prosperity. Quite frankly, half of Nepal would be willing to leave our historically glorious country to live in these presently prosperous countries.

Whether their sovereignty is compromised or not is of no concern to us or for the vast majority of the world. All we care is they are way better than Nepal in many respects. Prakash Nanda, an Indian political analyst/journalist and someone with enough reporting and analyzing experience under his belt, argues for hosting US bases in Andaman and Nicobar islands in an opinion piece for the Indian Defense Review’s website.

Therefore, the balance that most of you are seeking is unachievable and while it may win you whatever useless tag or short-term gain you are after, it does absolutely no good to our economy and security.

We got to swallow our “historical greatness” pride and as bob Dylan sang, “gotta serve somebody.”