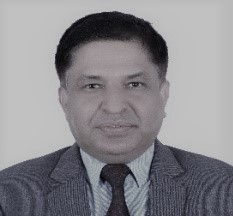 As a landlocked country with mountainous topography and no proven fossil fuel reserve, Nepal is heavily reliant on imported energy. The dependence on imports is not only fueling the trade deficit but also putting us at an energy security risk.

Nepal is among the most vulnerable countries to the effects of climate change due to its fragile topography, climate-sensitive livelihoods of people, and limited adaptive capacity. As a least developed country (LDC), Nepal has an insignificant contribution to global emissions, but it has been badly hit by the effects of climate change. And we have to tackle these effects with limited financial resources and capacity.

As we plan to graduate to a middle-income country by 2026, it is crucial for us to recognize the pathway to ensure a sustainable green economy. Energy plays a major role in economic growth. We need energy in the agriculture, transportation, and industries, commercial and residential sectors. We need to account for the usage of fossil fuels in various sectors and identify ways to reduce their reliance if we are to safeguard our energy security from oil price and supply shocks.

Clean energy adoption has already taken off in Nepal. Over the past decade, access to energy has substantially increased. The off-grid coverage has significantly expanded in rural and remote settings, which are being overlapped by the expanding grid. More than 95 percent of the households are electrified, and we aspire to achieve universal electricity coverage for households by 2024. Given Nepal’s complex mountainous terrain and last-mile connectivity challenges; off-grid electricity generation and distribution approaches are needed to complement grid extensions.

Alternative Energy Promotion Centre (AEPC) under the aegis of the Ministry of Energy, Water Resources and Irrigation, a Direct Access Entity (DAE) of the Green Climate Fund (GCF) sees a huge potential for the green energy transition. Residential cooking/heating and fossil fuel-based transportation systems which are dominated by the usage of traditional fuel sources and LPG remains a challenge for Nepal to replace with electricity.

To mitigate the impact of climate change and strengthen resilience of the most vulnerable communities to adapt to climate change, AEPC is implementing the project, ‘Mitigating GHG emission through modern, efficient and climate-friendly solutions (CCS),’ with cooperation from Green Climate Fund (GCF).

The main objective of this project is to increase the use of Clean Cooking Solutions by catalyzing innovative concepts of output-based financing for de-risking investments and mainstreaming and empowering local governments in the renewable energy sector. The five year project with a total budget of USD 49.15m has an expected mitigation impact of 6.5m tons of carbon dioxide equivalent (CO2eq) with direct beneficiaries of one million households of the 22 districts (150 municipalities/rural municipalities).  The project aims to install 500,000 electric cook stoves, 490,000 tier, 3+ ICS and 10,000 household biogas plants.

Nepal’s power system is hydro-dominated where the demands are covered primarily by run-of-river (ROR) and peaking run-of-river (PROR) hydropower plants. The ROR projects do not have storage facilities while the PROR projects have an average of four to six hours of daily peaking storage. The lack of storage based hydropower is also one of the challenges we face.

Nepal’s 15th plan aims to diversify the energy mix by maintaining reservoir and pumped-storage projects at 30-35 percent, semi reservoir projects at 25-30 percent and other alternative projects at 5-10 percent.

The recent discussion on Bangladesh, India and Nepal (BIN) joint initiative is the best approach to generate investment for green energy transition in the region. It is to be noted that the targets set by the second Nationally Determined Contribution (NDC) of Nepal are mostly conditional and dependent upon the mobilization of external resources. The cost of achieving Nepal’s NDC conditional mitigation targets is estimated to be $25bn. The country needs strong political will and huge financial and technical assistance for implementing innovative and cost-effective approaches for scaling up the clean energy projects in the country for climate change mitigation and adaptation. Capacity building of various actors, as well as adoption of latest technologies and diverse business models suited to changing contexts are also essential. Technical know-how and financial assistance of development agencies will play a vital role in accelerating Nepal’s clean energy transition.

Efforts from the regional bodies—BIN and South Asian Association for Regional Cooperation (SAARC), Bay of Bengal Initiative for Multi-Sectoral Technical and Economic Cooperation (BIMSTEC)—to have green growth and green economic cooperation will also be instrumental. They will also be in concurrence with the global initiative to resolve climate change issues discussed annually in the COP climate change conference.

BIN aims to formulate, implement and review quadrilateral agreements across areas, such as water resources management, connectivity of power, transport, and infrastructure.  Energy cooperation is a driver for the SAARC. BIMSTEC works on technological and economic cooperation, energy, technology, environment and disaster management, and climate change among Southeast Asian countries along the coast of the Bay of Bengal. Nepal can play a vital role in the region to share its green energy resources in a timely and mutually beneficial way to the region and to the world.