I was into theater since my school days. This helped me get a role in the Nepali movie, ‘Pariwartan’, while I was in my college. Those were the initial years of the Nepali cinema industry when the government produced films.

The film industry was still in its infancy and not economically viable for the private sector to fund film projects. It would take at least two years to release one movie.

But despite the apparent poor prospects of Nepali film industry, there were a few individuals like Chakra Bahadur Karki, Tama Nath Shukla and Basudev Bista who were optimistic. These were the people who had taken filmmaking courses from abroad.

I had a chance to prepare a concept paper that identified the lapses in Nepali cinema industry, such as lack of investment and marketing, and recommended the solutions. It was a 300-page dossier detailing the history, the present and the future of Nepali cinema, as well as various information, facts and figures.

King Birendra was in favor of promoting the Nepali cinema industry. After all, he was the one who established the Royal Nepal Film Corporation. So, we forwarded our concept paper, which took us two years to draft, to the palace.

The paper had dedicated two chapters on setting up a television channel, explaining how a national TV channel could help Nepali cinemas grow, technically and content-wise. The palace didn’t immediately respond to our paper, as the country soon headed to a referendum in 1980.

Later on, the concept paper was reviewed and a couple of things were implemented. It was around that time, I decided to produce the Nepali movie, ‘Basudev’. I faced many hurdles producing the film, mainly from the censorship. I was deeply frustrated by the time the film premiered in 1984 that I left for the UK.

I was determined to establish myself as a filmmaker abroad and had no interest in returning to Nepal at the time. I even enrolled myself in a training institute for a six-month course in London. But some months later, I got a letter telling me that the royal palace had established an office for the Nepal Television Project and I had been appointed the project chief.

King Birendra had liked my concept paper and they wanted me back to set up Nepal Television. But I took the letter as some kind of joke. It was impossible to work in Nepal, something that I had realized during the making of ‘Basudev’.

I was convinced that I would not return to Nepal and waste my time. But all my Nepali friends insisted that I should at least give it a try. I pondered on the idea for some days before accepting the job. It would be a historic event if the project got successful, I thought at the time. So, I returned to Nepal with an 18-inch TV set with me.

I took on the role of the Nepal Television Project chief. The Ministry of Communication had provided me with two staff members, one as my deputy and the other as a driver. The ministry had assigned the office a driver but no vehicle. So, the driver would borrow a vehicle from agencies of the ministry whenever we needed to go somewhere.

We had a room for an office and a budget of Rs 100,000, provided in three installments. But after joining the office, I was notified that the project was established eight months earlier and two tranches of our budget were frozen because there had been no work during that period. So, the budget the project had to make do with Rs 34,000.

Television culture was also in its infancy in Nepal back then. People who had TV sets in their homes used to watch Doordarshan, an Indian channel whose spilled-over signals were caught by TV antennas here. It was the same for my own house, where my family watched the shows on Doordarshan. The only thing missing was a Nepali channel. I imagined watching a Nepal channel some day, which pushed me into establishing NTV.

I brought together a team of 32 members, including my brilliant friends from the theater and cinema backgrounds, for the project. Without them, this project would not have succeeded. They not only agreed to work for free but also spent their personal money for the project.

The first objective of our team was to show anything Nepali on TV. For technical support, our team contacted an employee of USAID, who also used to install TV antennas. He was positive about our idea and told us that there was an unused 20-watt modulator in the storeroom of the USAID office. We could generate a signal up to a 15-km radius with the device. We wrote a letter to USAID, requesting for the device for an experiment.

We were aware of the potential delay, so we also sent our technician friend to the USAID office to ask for the modulator in person. We got the device immediately and installed it on the roof of our office. By that time, we had also started training for camerapersons, sound technicians, and other technical staff members.

To check the signal strength, we took my TV set to various places. Somewhere, the signal was perfect and in other places lagging. It was nevertheless the first Nepali content broadcast on a TV set, and we were immensely encouraged.

It was around this time king Birendra was set to visit Australia. The year was 1985, and the king was to take a trip to Australia from 1 to 8 Sept. We saw this as an opportunity and requested the palace for our participation as a TV crew to cover the royal visit.  We even agreed to broadcast the event by installing booths in different places.

To broadcast the event, we needed a legal frequency channel, so we asked the Ministry of Communication for permission to use VHF signal but they gave us the permit to use UHF instead. Our study at the time suggested that there were about 400 TV sets in Nepal and only 20 of them had UHF receivers. Still, the ministry insisted that we use UHF signals to broadcast. Rather than helping us, the Nepali bureaucracy stood as a hindrance before us.

So we organized a seminar, where we invited almost 100 guests who were from the field of broadcast technology. After all the guests agreed that the VHF signal was better, the ministry was compelled to grant us a VHF signal. The seminar was a triumph for us, so much so that the South Korean government donated 500 VHF TV sets to Nepal, which were sent to rural areas to make the project successful.

After overcoming many hurdles, we were permitted to cover the king’s Australia visit. We also successfully broadcast the recorded version of the event. Our success convinced the naysayers that we were actually capable of establishing a television channel. From then on, the Nepali bureaucracy also cooperated with us.

Soon, our team did two things to take the project further. First, we requested the king to shift our office inside Singhadurbar and second, we took a loan of Rs 9m from the Nepal Bank Limited to buy a transmitter of 5kW.

We installed the transmitter on the tower of the Civil Aviation Authority in Phulchowki. Our signals then started to reach as far as Raxaul, India, which laid the base for regular broadcast.

I started working on the project on 30 Jan 1985 and by Dec 29, which happened to be king Birendra’s birthday, we were broadcasting regularly. The Nepal Television Project was later turned into Nepal Television Corporation, where I was appointed its founding general manager. Within a year, we established Nepali Television or NTV, as it is known today. 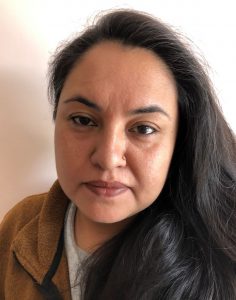 My father is a natural artist. Though he has portrayed villainous characters on screen, he is a soft and compassionate person in reality. He is a loving father who has immensely influenced and motivated both my brother and me. He is sometimes difficult and short-tempered, but those characteristics of his pale in comparison to his loving compassionate side. We are all influenced by his principles on life, his worldview and mainly his love for arts. 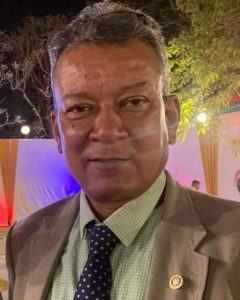 If there were no Neer Bikram Shah, Nepal Television would not have started even in the 90s. I have worked under him for many years and my experience says that his leadership is a symbol of possibility. When there was no budget, I have seen him spending his own personal money to keep the project going. I was a trainee photographer back then, but I was given the opportunity to cover the tour of Prince Dhirendra—all thanks to Neer dai. 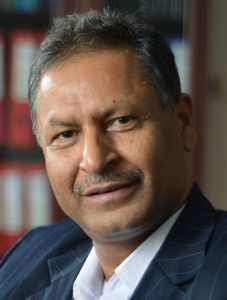 Neer dai has various dimensions when we look at his professional career, but his songwriting is my favorite. He is among my most cherished lyricists. He has penned songs that helped eradicate many social evils and malpractices from our society. I am also a huge fan of his theater works. Today’s generation did not get the opportunity to watch his dramas but for me, Neer dai is synonymous with theater.