If there is a mental health issue you struggle with, email it to us at [email protected] We will get your query answered by a trained psychiatrist/psycho-social counselor in the upcoming issue

I’m a 49-year-old mother and I’m worried about my 15-year-old son. I heard two students committed suicide recently and I’m quite concerned about my son’s mental health. I want him to know that I will be there for him no matter what. I want to assure him that even if he makes a mistake, I will guide him rather than push him away in with anger. But he is very secretive and doesn’t share much with any of us in the family. I have no idea what goes on in his mind and that’s really scary. I feel I should do something to make him feel comfortable enough to talk to me when there is a problem, and try to build a better connection with him. But I don’t know how. Please help.—A worried mother 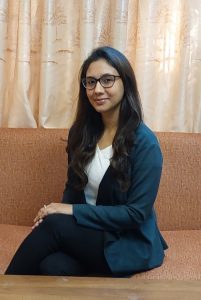 Teenage is a phase when children are likely to be a little distant from their family, and it can be concerning to see them that way. Being a teenager is confusing as there will be hormonal and behavioral changes. They will be having a difficult time adjusting to that.

As a mother, I suggest you notice your son’s behavior patterns. For instance, notice if he is constantly on his phone, or irritated when talking to family members. Pay attention to their appearance. If you notice something off, try to confront him but be gentle. You have said that you want him to share things with you and let you know if he makes a mistake and you can only do that by communicating well.

You might not like certain things your children do, and as a parent you can talk through the situation rather than imposing rules and punishments. Try to explain how and why you would like them to do things. Being patient and trying to reason things out are some important aspects of parenting teens.

Children tend to mimic their parents on a subconscious level. When they see that you are calm and respectful towards them, they will also try to be calm and respectful towards you. And that will translate in their behavior with everyone around them as well. In your son’s case, since he must be going through some changes that he doesn’t know how to deal with, asking a male figure to explain what’s happening to him might prove to be helpful.

You need to find an approach that suits you, in order for him to open up. For that, first you might have to create an environment where he feels comfortable enough to share things. One way to get teens to open up can be by showing them that you are interested in things they are interested in—not only in their hobbies and school life but also in their choices and decisions.

Start by asking little things like, “How was your day?”, “Is there anything you want to do on the weekend?”, “How are your friends?”, and “Is there something you want to talk about?”. They might not open up initially but once they see you are trying to make an effort, they will reciprocate.

Doing so will also show them you are approachable and they might eventually come to you for advice as well. Once your children start communicating with you, listen to them as an equal and not as a parent. This will help create a neutral space for them to just be themselves and not feel judged. The focus should be on having constructive conversations with them. That way you will be able to guide them into making the right decisions without seeming like an overbearing parent.

I think what most parents also need to do is hug their children and let them know that they love them every morning before they go to school. Let them feel wanted and valued, and remind them they have a loving home to come back to, no matter what happens in the outside world.