Manjushree Thapa: An inspiration for every Nepali writer Graduated from University of Washington

Published her first book internationally in 2001

It was only after publishing my book ‘The Tutor of History’ when I felt like a writer. I was 30 at the time. Before that, I was just jumping from one idea to another.

I returned to Nepal in 1989 after graduating college in the US. I was 21 at the time. After coming back, I visited Lo Manthang, where I met a lot of people. It inspired me to work on my first novel. I was 24 when the book got published. But being a published author, I never felt like a writer.

I had a bachelor’s degree in photography. Besides photography, I also had an interest in painting. As for writing, it was a habit that I had nurtured since I was a teenager. I had a knack for writing and I used to keep journals.

After publishing my first book, my career took a little detour. I started working with an NGO, and I was affiliated with it for a long time. But it never felt like my kind of a profession. Still, I kept on working there. I had even made up my mind to do a masters in anthropology. But the mere thought of it used to make me sad. It was not what I wanted, but I thought it was the best choice since I was already working in an NGO.

But what’s the point of studying something when it does not make you happy at all, right? So I thought to myself: since I had already published a book, I will get back to writing. It is a profession where you don’t need to have a particular degree. But I still wanted to get a degree in writing. So I applied for a Fulbright scholarship in the US. I got accepted for a master’s program in the University of Washington.

My family was quite supportive about it. Perks of being the youngest child, I guess. They already had a doctor and a lawyer in the house, so I had the option to do something else. But they were a bit worried about how I would earn my living. It was a valid concern. It wasn’t a job with a certain salary. I would have to live book by book. In fact, I still do. One book will take at least four-five years to get published. So how I would be sustaining within those years was a question. But that was what I wanted to do, so it was settled.

There was only one publishing house in Nepal that took English writings back then. And it did not have much reach outside Nepal. So I decided to send my short-story collection to Penguin Books, India. They liked the collection but were skeptical about the audience. So I was asked if I had something that could come out as a novel. So I sent the writing that I had worked on for my master’s thesis. That is how ‘The Tutor of History’ got published.

After that, I was quite involved with writing. I also wrote opinion pieces for the Center for Investigative Journalism (CIJ). It was during the war that was happening after the royal massacre. I lived in Kathmandu, and I used to hear people talk about a lot of chaos that was going around, especially outside the capital. That was of interest to me. I wanted to report on human rights violations, and everything I would be able to see when I visited rural areas.

Unfortunately, I was not very familiar with reporting. My core work was on fiction, non-fiction, and literary translation. Which is why I will never forget Kunda Dixit. I remember visiting him and asking him to give me some pointers on reporting. He sat me down and told me: “Okay, in one hour, I will teach you everything I learned in Columbia School of Journalism.” It was really helpful.

Now, I needed to find a way to reach every corner of Nepal, which is why I applied and got the grant from CIJ. I got help from Mandira Sharma, who was and still working in the field of human rights. She was associated with Advocacy Forum back then, so I decided to join her quest in Nepalgunj and go along with my work.

I finished the book I wanted to write and published it in 2005, weeks before king Gyanendra Shah took over. It was titled ‘Forget Kathmandu’ and I meant what I said in the title. All I wanted to say was forget Kathmandu, things are much worse outside the capital. It was heartbreaking to see so many people suffer from the war. Writing that book was emotionally traumatic. To this day, I haven’t gone back and read the book.

The book I wrote is fully in support of republicanism. And ironically, it was released weeks before the king seized power. It created a lot of noise among the public. It was something people, and even some political members, wanted to say out loud, but couldn’t. So, that is the story behind my second book. After that, my work started getting on a good track. My 30s were the best for my writing career. I wrote one book after another. I am glad I switched my field when I did.

Right now, I am taking a break from work for a while. I had to deal with several losses in my family and I thought to myself:  “You need to take a much-needed break.” I am still working on a book but right now I am enjoying my time back in Nepal with my partner. It is a long overdue vacation for me. Yes, it does make me sound old but I am just in my 50s, still quite young to publish a few more.

I live in Canada, I have for a long time now. I look around right now and things seem so different in Nepal, a good kind to be more specific. Back then, people used to stare even when they saw a woman driving a car. After officially taking writing as a career, I used to hang out with other writer friends of mine and it was quite male dominant. Don’t get me wrong, there were women writers too, but at that time, not everyone had the liberty to sit in a Bhatti with a bunch of guys, talk about work and not get worried about getting a call from home. I would have to say I was privileged in that matter.

But now, things seem to have changed. 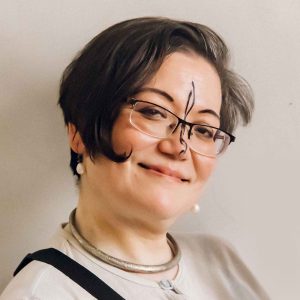 I have known Manjushree for the past 20 years and she is one of the most compassionate people I know. She is kind, humble, and understanding. Professionally, I have never seen anyone as dedicated as her. She strictly works on schedules and will not even pick up a phone call when she is working. Her discipline is one of the many things that makes her a great writer. 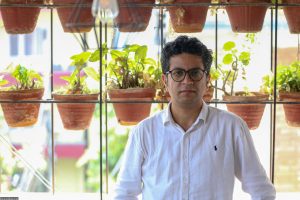 I knew Manjushree ji while I was translating her book. She gave me the liberty to translate the book the way I saw fit. She did have her feedback, to which I both agreed and disagreed. But she respected my views, and being a translator herself, it was easy to work with her. She is one of the best writers with whom I have worked. 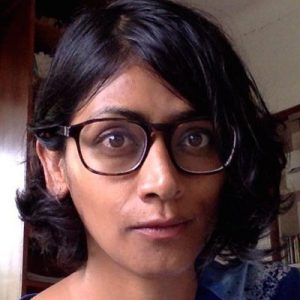 Manjushree is one of the most thoughtful, generous, and self-aware people I know. She brings the same warm, curious attention to her life and relationships that she does to her work. Manju perseveres incredibly hard to understand things, and so I take her assessments seriously!