Mahadeva in the eyes of Daksha 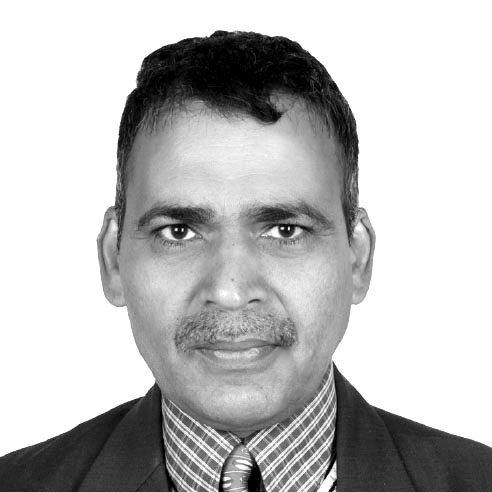 Per the scripture, Vishnu created flies to cause degeneration of Satidevi’s body and make Mahadeva rejoin his worldy duties

Accounts of Mahadeva borrowed from Daksha’s tirade against the latter offer glimpses of the Mongoloid culture of those days. Daksha of course dislikes everything about Mahadeva. They include a coat of ashes from the crematorium on his body, tiger hide around his waist and elephant skin, his habit of consuming cannabis and Dhaturo (thorn apple), angry red eyes and his dance, performed with utter abandon, the use of snakes as ornaments, matted hair as the crown, his company of ghosts, vampires and evil-eyed spirits, his damaru—a two-headed drum—which he plays with the right hand while holding a trident in his left and the way he walks—like a naked drunkard without shame.

On the other hand, Daksha describes the guests he has invited (the Aryas) as wearing ornaments studded with gems and rubies, with the paste of sandalwood, musk pod and saffron flowers applied to their skin. They enjoy the sweet songs and the music of the Gandharvas, the dances of the nymphs (the Apsaras) and come from clean holy places.

In the eyes of Daksha, Mahadeva is a wayward lunatic, a nobody, literally, whereas the four-faced Brahma and Narayana are important entities as the Creator and the Preserver, respectively.

But a war between the armies of Mahadeva and Daksha proves otherwise. The war ends with the defeat of the forces of Daksha and the latter’s beheading.

Upon requests from Daksha’s wife Virani and other deities, Mahadev pardons Daksha and revives him by installing on his decapitated body the head of a he-goat. The war ends up consolidating the position of Mahadeva (Shiva) as he becomes the Destroyer in the new divine power structure.

Vishnu had first sided with Daksha in the ear, perhaps along ethnic lines, only to leave the battleground in the midst of the war, most probably to avoid a prolonged war with Mahadeva.

The Aryan-Mongoloid cooperation was the need of the time, as exemplified through the support Mahadeva extended to the terrified deities to counter the evil-minded mighty Asuras such as the Tarakasur, the support Vishnu provided to Mahadeva in getting Satidevi and in subduing Jalandhara, who presented himself before Mahadeva’s consort Parvati in the guise of Mahadeva.

Scriptures describe Mahadeva as the most kind-hearted and generous among the Trio as he readily grants wishes to his devotees, regardless of who they are—the Daityas, Danavas, the Asuras or the Humans.

Literally, Shakti means power and Peetha means the seat. Thus, Shaktipeethas mean centers of power, shrines where the divinities (goddesses in particular) are worshiped. The South Asian subcontinent, including Nepal, has a number of such centers of divine power.

After the death of Satidevi, Mahadeva literally lost his senses and started roaming all over the world carrying her body on his back. The body would not decay and fall apart as Mahadeva was carrying it! Mahadeva not discharging his duties had the world in disarray.

So, to bring Mahadeva back, Lord Vishnu, upon a request from the deities, worked out a solution. He created flies, which would cause Satidevi’s body to decay and fall.

Brahma is credited with creating Shaktipeethas on the spots where the organs fell.

Per the scripture, her chest fell in Kamarupa, head in Varanasi, right ear in Paurandha, tongue in Kashmir, left ear in Purnagiri, nails in Chamundachal, right hand in Astachal, left hand in Ekabir, neck in Kamaroshtha and the right foot in Kailash Mountain, even as Mahadeva continued to roam around the world.

This hints that our cultural spheres covered a large geographical area at that time. Mahadeva alone roamed from Kailash in the Himalayas to the shores of the Indian Ocean, Persia in the west to Bali in the southeast.

According to the scripture, all of the Peethas dedicated to Brahma, Vishnu, Surya Narayana, Ganesha, and Bhairava have their unique identities. It says these divine power centers have different forms based on communities and their conventional practices. The scripture advises communities to well understand their family and community traditions, and perform rites and rituals at these centers of faith accordingly. This advice makes sense, given differences from place to place and people to people in terms of cultural, religious, spiritual practices and rituals. Such accommodative and tolerant views allow people to worship a wide range of sages, deities, icons and places.