Graduated and post-grad from the University of Nebraska, US

My early years were spent herding cattle while attending a small school that lacked supplies like paper, pencils, textbooks, and skilled instructors. Historically, the locals were uneducated, and a majority of men enlisted in the British Army.

My father, too, was a retired Gurkha soldier. But he took an extraordinary decision to move his family to the southern plains of Nepal so that I could receive proper education. This had a profound impact on my life. I paid this favor forward by supporting my siblings’ education by working as a teacher. I started teaching after graduating high school. The teaching journey lasted for about 12 years in four schools, which included four schools.

In 1989, I secured a partial scholarship at the University of Nebraska at Kearney, where I earned my bachelor’s degree in science education. I returned to my childhood village after graduating college. Twenty-four years had passed, and I was returning as a young man.

The idea to build a model high school came to me in Nangi village, Myagdi. So, I established Himanchal High School with a particular emphasis on computer education and other initiatives with income-generating capacity. In 2001, I went back to the University of Nebraska to get my master’s in educational administration. There, I took courses to gain the knowledge necessary to assemble, refurbish, and utilize computers, because I saw how much of an impact information technology could have on my village’s economy and educational system.

Upon my return to Nepal, I was able to organize the donation of second hand computers from countries, including Japan, Malaysia, Australia, Singapore, and the US. I used two little hydroelectric generators to power the computers.

I started instructing pupils and other teachers in computer lessons, but it was impossible to set up a phone connection to the nearest city, Pokhara, and the internet. So, I emailed the BBC for suggestions. After the BBC made my predicament public, Americans and Europeans offered their assistance.

A wireless connection between Nangi and the nearby village of Ramche was set up in 2001 with the aid of donors and volunteers using small, homemade TV dish antennas installed on trees. A link to Pokhara and makeshift mountaintop relay stations were built with grants. Nangi finally got a wireless internet connection in 2003.

I got more secondhand computers donated from outside the country, gave them to schools in neighboring areas, and started working on a wireless distance-learning scheme.

By 2006, I had established a Wi-Fi network that linked 13 mountain settlements to the internet. Today, the network spans 15 regions and more than 175 isolated communities.

All these works had many technical challenges. The technology back then was not as advanced as it is today. Nobody believed in us and we didn’t have enough funds, but we still gave it a go, as we had no option.

After experimenting for around 1.5 years, we had our success. People still ask me why I stopped doing what I was doing. To that, my answer is it was what we needed then, not now.

My work on online education and remote learning represents the first attempt in Nepal at using technology to address the shortage of competent teachers.

I founded the National Innovation Center in 2012 with the primary goal of fostering research and advancements for the nation’s economic development. That is what Nepal needs now. 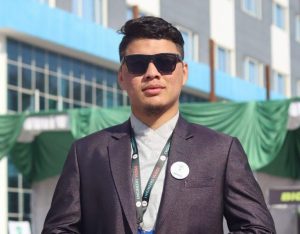 Mahabir Pun has introduced a Research and Development culture in Nepal and helped nurture and promote innovation-based ecosystems for socioeconomic development. He doesn’t seek academic qualifications among aspiring and innovative youths. Rather, any motivated youth with a vision and a proper plan will be aided with the necessary funds and technology. National Innovation Center is a perfect platform for an engineering student. Students can go there and work on their ideas. Nepali students have brilliant project ideas but they lack a way of converting their ideas into a working model. 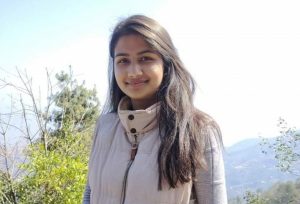 Not only engineering students, but people from non-technical backgrounds also have space at the National Innovation Center. Through this center, Mahabir Pun has provided a great platform for students like us. During the time of covid, NIC contributed to the health sector by running projects like production of PPE, sample collection booths, and ventilators. Wireless networking projects connecting Himalayan villages with the internet, among other projects of the center, have inspired many young students like us. 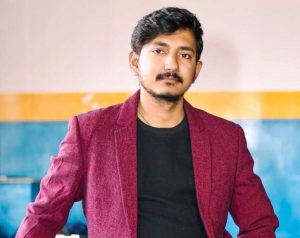 Mahabir Pun has shown a ray of hope to every enthusiast trying to solve a local problem with locally available resources. At the National Innovation Center, creativity and innovation live and grow together and there is no pressure of failure, which provides freedom to try new ideas. Also, he is a great mentor. Pun offers simple solutions to difficult problems, much to the relief of those dealing with them. He has actually created a platform, which had been lacking for years. He is easily accessible, well-spoken, and a man of great motivation for engineering students like me.