LGBTIQA+ community of Nepal: Life on the margins The law clearly states everyone is equal irrespective of who they are. The problem is our collective failure to emphasize oneness and treat people with compassion

Nepal is the first South Asian country to recognize transgenders. In 2010, the Election Commission added the ‘third’ option to voter rolls. It was replicated in immigration forms soon after. In 2011, the country became the first in the world to include a ‘third gender’ in its census. In 2015, passports had the option of a third gender and the constitution too, in the same year, addressed the rights of LGBTIQA+ people in Articles 12, 18, and 42.

With the recognition of third gender and legal provisions, Nepal’s LGBTIQA+ community has been granted social and political rights. Compared to the rest of South Asia, Nepal seems to have made a lot of progress.

Unfortunately, much of it is limited to paper. Pinky Gurung, president of Blue Diamond Society, Nepal’s oldest queer rights organization, says Nepal might have garnered a lot of fame and appreciation for its progressive LGBTIQA+ laws but the reality is far from rosy.

“The implementation of laws is weak. So, our lives are no different than they were 10 years ago. Actually, it’s even more difficult today because we are caught in a system that must legally recognize us but doesn’t,” says Gurung.

Though the constitution has granted LGBTIQA+ community equal rights—it states no individual shall be discriminated on the basis of gender—in reality, everywhere preference is still given to men and women. ‘Others’ are just that, others. This has led to an identity crisis, stemming from lack of dignity.

Bhakti Shah, transgender activist, says Nepal government has time and again tried to address LGBTIQA+ issues. There have been some major accomplishments but the laws aren’t clear and sometimes that complicate things. 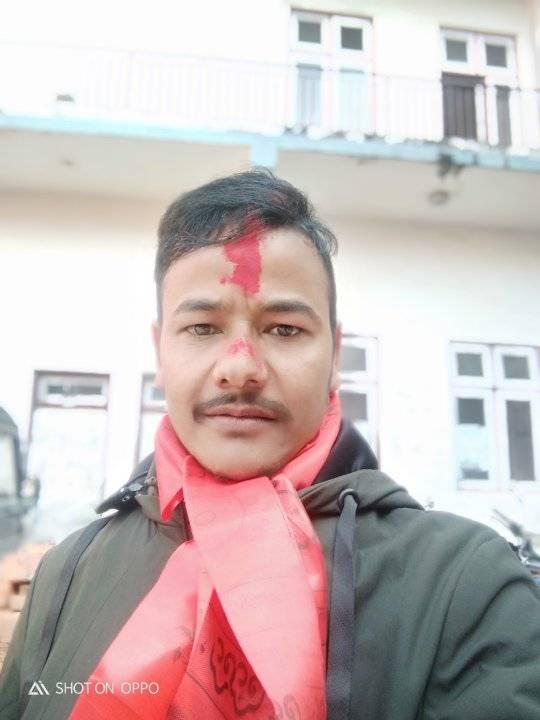 Take for example something as basic as acquiring a citizenship that most of us consider a birthright. Though it’s possible to obtain a citizenship identifying as ‘others’ instead of the standard male or female, there are issues that make it a herculean task. Recently, the government passed an order whereby a sex change operation certificate became mandatory for people of LGBTIQA+ community to obtain citizenship.

“It’s difficult for LGBTIQA+ people to get work. Most have a hand-to-mouth existence. How will they afford such an expensive surgery?” says Shah.

However, it isn’t just a matter of expense as these complicated, often life-threatening surgeries are mostly done abroad. It’s also about choice, says Shah. Some might not want to undergo these complex procedures. That’s not taken into consideration.

Gurung laments LGBTIQA+ people have become political agendas, face police brutality, societal scorn, and are seen as bad examples. Equal treatment is a far-fetched dream as sexual and gender minorities are dehumanized on a regular basis. It happens everywhere, she adds, and LGBTIQA+ people are struggling socially, mentally, and economically.

“We still face a lot of challenges in every aspect of life. There isn’t a safe place where we feel like we belong,” says Gurung. People of the community just don’t have the options available to men and women. It’s also unfair to expect them to compete with the general population when they haven’t been given the same opportunities in life.

That’s perhaps why Neelam Poudel, makeup artist, transgender model, and social activist, is adamant about creating opportunities for herself. She realized early on that, outwardly, people appear to understand and accept LGBTIQA+. But the truth is they often have deep-rooted biases that are hard to shake off.

Poudel says she has made a lot of ‘friends’ over the years. They all said they would fight for her cause and help create an empathetic environment for transgenders. But only a few of them showed up when she put in a lot of effort and organized a fashion show, ‘Neelam’s runway’, in March 2021. “The negativity will only make me work harder and create a name for myself. But that might not be the case for many LGBTIQA+ people who are ostracized by their own families and are struggling to survive,” she says.

At the National Human Rights Commission (NHRC), Undersecretary Manju Khatiwada has similar sentiments. LGBTIQA+ people are mistreated everywhere and it begins at their own homes. She has seen it happen all too often. It’s a sad reality, she says.

During the Covid-19 lockdowns, Khatiwada says there were 16 reported cases of suicide in the community. Some felt trapped within their homes where they were misunderstood and unwanted. They were coerced to ‘be a man’ or ‘act like a woman’ and/or get married. Others didn’t get basic support—that was given to most daily wage earners—from the government as their identification documents weren’t considered authentic.

Shah says the lockdown was a time of a lot of hassle and humiliation. First, proof of citizenship was made compulsory to get government aid and many didn’t have that. Second, those who had the document found it difficult to prove it was theirs. The only way out of this conundrum for some of his friends, he says, was to end their lives.

“A woman’s name accompanies a man’s photo and vice versa in most citizenship documents of the 300-odd people who have managed to get them till now. It’s a bit confusing,” he says. Moreover, he adds, hormones have thickened or loosened their voices, making it difficult for people to identify them unless there are aware of their circumstances.

Sometimes people are shocked by our existence and it shows on their faces and demeanors, he adds.

Khatiwada says members of the LGBTIQA+ community didn’t get access to government quarantine facilities in various parts of the country during the pandemic. The reason: the authorities couldn’t determine or decide where to keep them. What we saw then, she says, was a massive violation of basic human rights and dignity. “The main problem is that they still aren’t treated as humans. There is a lot of discrimination and the society looks down upon them. The laws haven’t improved their lives,” says Khatiwada.

Sunita Lama, LGBTIQA+ rights activist, believes the problems arise because the government doesn’t take this section of society seriously. She agrees with Shah and says their issues are continually brought up in parliaments, ministries, and courts. But things get stuck because of protocols and authorities’ indifference and inability to come to a decision.

For Lama, what’s even more disheartening is that there seems to be absolutely no change in people’s mindset. Things, she says, were different two decades ago. There was no internet and people had limited ways to get information. Now, they have access to so much content. It’s surprising they are still oblivious about LGBTIQA+.

This hints at a deeper problem, says Sarita KC, executive director at Mitini Nepal, an organization lobbying for the rights and dignity of lesbian, bisexual and transgender people. Though Nepal has come a long way from the time homosexuality was a criminal offence, the society is still apathetic because it’s adamant about adhering to strict gender norms. “Attraction is thought to happen only between a man and a woman. A man liking a man or a woman liking a woman is considered disgusting. Children are still told its bad,” says KC.

Then there’s the issue of representation. LGBTIQA+ voices don’t reach rule makers because there is not a single person from their community in places of power. The problem, KC adds, is that most people who make the rules neither understand their issues nor do they care, often finding them ‘unnatural’ and thus only worthy of contempt. This disregard stops them from treating LGBTIQA+ people as humans, forget equals.

Step at a time

Raunaq Singh Adhikari, an advocate with Kantipur Law Associates, says there is a need for greater sensitivity in dealing with the issue. The law clearly states everyone is equal irrespective of who they are. The problem is our collective failure to emphasize oneness and treat people with compassion. “I would like to tell people of the LGBTIQA+ community to not lose hope. The law is never static. It’s ever changing. And we live in a democratic society where you have the power to change what you don’t like,” he says.

His suggestion is to lobby for change, but to do so in a way where you aren’t trying to move a mountain all at once. It would be best to focus on one problematic area and work on fixing a single thing at a time. He gives the example of the ‘Sunil Babu Pant vs. Nepal government’ case of 2007 that mandated that the country would recognize all its citizens without exceptions.

The loophole in that ruling—the basis of many legal amendments to finally include LGBTIQA+ people in the constitution—was that non-binary identities, and there are many, weren’t properly defined. Also, sexual orientation was used to determine gender identity when these are two completely different things. There are many issues that need to be fixed, says Adhikari.

“But LGBTIQA+ issues can’t and shouldn’t be addressed in isolation, with each government body doing its own thing. There needs to be an integrated social, political, and legal approach,” adds the advocate.

But, above all, the people ApEx spoke to for this story believe the responsibility to create an LGBTIQA+ friendly community lies on each and every one of us. The key is accepting that gender is manmade but nature is not and learning to co-exist by embracing our differences.