Jhamak Kumari Ghimire: An inspiring figure in literature and life

Received her honorary doctorate from the president in 2016

Has published 13 novels to date

I was born and raised in Dhankuta, and I feel deeply attached to the place. I have many childhood memories of growing up there. I suffered from cerebral palsy from a very young age, so my childhood was not as easy as it should have been.

There were a lot of struggles, from writing to eating to doing any basic task that others could easily do. But that does not mean I felt bad. Along with those struggles, there were moments of happiness too.

Even though I wanted to study, I never got a formal education. But I learned to read and write in my own way. I used to listen to my father read the Ramayan when I was little. It was a way for me to understand the language.

Obviously, I had to put in more effort than others. I could not read on my own at the time. Someone else had to read the books to me. But this act of listening to my father and others read aloud for me influenced me to become a writer. It made me want to write a book of my own. At the time, it seemed like a dream that would never come true.

I cannot say my family ignored me, but there were instances where they did not fully understand my will to read and write. I was not exposed to any reading materials. All I had was a sheer will to learn. Even when I asked for a pen and a paper, I would either be mocked or scolded. It’s ironic, isn’t it? How other children get scolded for not studying while in my case, it was the exact opposite. I used to watch my younger sister study and memorize the alphabets. I too tried scribbling the alphabets on the floor. It was a constant loop of trying and failing. I felt immensely proud and happy when I wrote my first alphabet.

I scribbled the Nepali alphabet ‘Ka’ with a stick on the ground. With one letter came another and slowly I learned how to write. It took a lot of patience and practice. I became able to recognize letters and understand words and thus started my reading journey.  I started reading books that were available in the house. I must have been 15 or 16 at the time and I was reading lots of Nepali literature.

Reading is one thing, but writing is a completely different discipline. This is where my other struggle began. I had to practice a lot to be able to write. With a pen clenched on my left foot toes, I scribbled. My toes would hurt and bleed, but I never gave up. I am glad that I never quit; now I can write as much as I want to.

Once I learned to write, I just knew I was born to become a writer. I have been following my passion ever since.

We all have those moments in life where some achievements never leave our memory. Mine was when my first writing was published in a newspaper. Seeing my name on the article motivated me to work harder.

The happiest moment of my life is the time when my first book of poetry got published. From there on, I was able to publish several other books and became a columnist for the Kantipur daily.

From a 16-years-old struggling child, to becoming a successful writer, I know for a fact that dreams do come true. The days of my struggle seem fuzzy at this point. For anyone wondering about my past, I have written about it in my novel ‘Jiwan Kada Ki Phool.’

Everyone has some form of struggle in their life, so did I. But it does feel surreal thinking about how I beat all the odds to reach where I am today.

Many have praised me for my contributions to the Nepali literature, and I will forever be grateful for that. But despite all the praises and plaudits, I believe I am still the same person, only a bit mature. 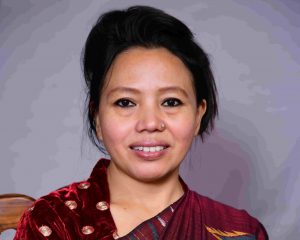 Jhamak is a wonder. She has had her set of struggles but to come out of it and become one of the well-known literary figures of Nepal is extraordinary. She is humble, kind, and carries a gift within her that none of us have. I believe that the ability to express her feelings through writing is something she carried with her since birth. I am glad to have her as my friend. 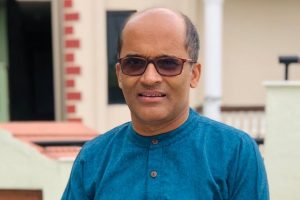 We came across each other through a common colleague of ours. I always wanted to meet her, as she is one of the extraordinary writers we have in the Nepali literature scene. Her way of expression through writing is truly amazing, and the way she thinks is different from anyone I have seen. We regularly work together and she has become like a sister to me. 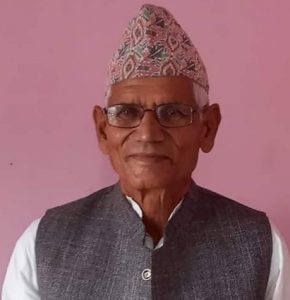 I have seen her go through a lot of struggle in life. She has come a long way. To defy all those hardships and come all the way to where she is today is inspiring. What an incredible journey she has had. I have seen her grow and become successful. I feel extremely proud and happy for her.