Joined Ministry of Finance in 1951

As a great-grandson of Rana Prime Minister Dev Shumsher, I had a very privileged life. I was conferred with the rank of lieutenant colonel of the army at a young age, and I got a good education. I went to Bombay for higher studies.

It was during my student life in India, I witnessed first-hand the anti-British movement, which encouraged me to become a democrat and rebel against my own family, who belonged to the feudal ruling class.

After my master’s degree, I returned to Nepal. At that time, the government was seeking economics scholars for the finance ministry. I, along with three other people, was the only economics student in Nepal, and all of us were appointed to the ministry in 1951.

I served as the finance secretary for five years, and during my tenure, the ministry introduced many economic reforms. I prepared the national budget and increased the government sources. At that time, the government’s income mainly came from land revenue, which was not enough. So the ministry came up with new financial regulations and modernized the customs depots in Biratnagar, Bhairahawa, Birgunj and other places to increase the government’s revenue. The ministry also established the Income Tax Department and Excise Department.

In 1952, I was part of the Prime Minister Matrika Prasad Koirala’s delegation to India. During the visit, I proposed a trading deal with India. The Indian government used to levy tax on the goods produced there, and when the same goods were bought in Nepal, the Nepalis would have to pay double tax. So, I asked the Indian government to remove the tax. It took around four years to implement the proposal. Nepal received Rs 30m annually as a refund.

After a successful tenure as a finance secretary, I was offered the job of the governor at Nepal Rastra Bank by the then King Mahendra. There was no central bank in the country yet, so the king gave me a book that had a draft of the Banking Act. But I requested the king that I would need some time to study the act of central banks of foreign countries and only start the process of establishing the central bank in Nepal. Until then, I would work as an officer on special duty. My request was granted.

At first, I established a central office, an office for banking transactions, and a note department. After almost six months of homework, I was appointed as the governor on 26 April 1956. With a small team, we started working to realize King Mahendra’s aim. He had two major concerns: to introduce Nepali notes in Tarai, and stabilize an exchange rate between Rs and InRs.

During those days, the Nepali currency was not in use in the Tarai, so much so that it was customary to take the land revenue and immigration duties in Indian currency. In such a situation, replacing Indian notes with Nepali ones was a challenging task.

Unless there was a stable exchange rate between Rs and InRs, it was not possible to circulate Nepali currency in the Tarai. We researched for three years and came up with the exchange rate of Rs 160 for InRs 100. To date, we use the same rate. We then established currency exchange centers from East to West.

Some moneylenders were upset with this decision, as they used to buy InRs at a cheap price from Nepalis in foreign employment and sell them at a high price during Dashain shopping. Though it was a tough task, we were able to do a revolutionary job of circulating Nepali currency in the Tarai. These days, I sometimes wonder how we managed to achieve the task in such a short period.

Nepali notes were printed at Nashik Security Press in India back then. After the establishment of the central bank, we called for an international tender because we had to revise the notes that were being printed from India. A proposal from a company from the UK was the best. It came up with a new design for notes bearing the pictures of famous places of Nepal. It was very nice and attractive. The notes printed in India also did not have the security thread; it was added on to the notes printed in the UK.

After I served as the governor for four years and eight months and almost two months since King Mahendra banned political parties and started a dictatorial regime, I was sacked on 8 Feb 1961 because I was a supporter of democracy.

Soon after the king took absolute power, the Nepali economic situation started going bad. I requested the king to reappoint me, but to no avail. I waited for several months and then decided to work for the United Nations. I worked in Pakistan, Sri Lanka, America, Afghanistan, Myanmar, and Indonesia.

Ever since I became the finance secretary, I have worked tirelessly. After retirement, I tried to spend my time playing golf and reading books. But I got bored after six months and decided to start a business. I established Gorkha Brewery Company and brought international beer brands like Tuborg and Carlsberg to Nepal. I also established the first private bank in Nepal, Himalayan Bank Ltd. 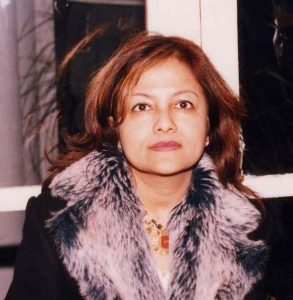 My father is my hero. He has treated me as his best friend. Though he was engaged in professional life most of the time, he always made time for his children. He would take interest about our life and our studies. He inspired me and my siblings to work hard to find success. He also has a huge interest in art and literature, and I feel that I got involved in the field of arts because of him. 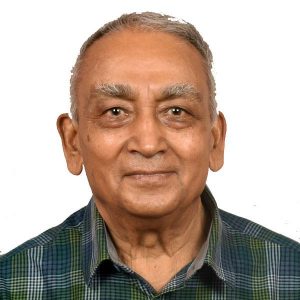 We have been friends since we were working for the United Nations. He is an admirable man. Despite being born to a Rana family, he always advocated for democracy, which also cost him the post of governor. I am inspired by how he never lost his learning spirit and has managed to remain curious all his life. No matter his age, he is always curious to learn about new things. 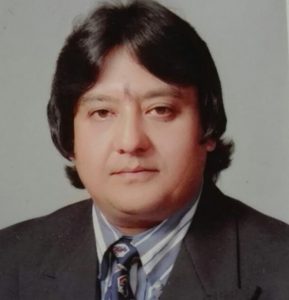 I have known many high profile individuals in my life, but no one as polite and down to earth as Himalaya Shumsher Rana. It is all thanks to him that Nepal underwent many financial reforms. There are many things we can still learn from him. He is a man who could have been one of the richest people of Nepal, but he didn’t care about wealth. He is certainly wealthy, but he has always lived a simple life, which is inspirational.