Got a PhD in Natural Science from University of Zurich, Switzerland

Started working in 1986 from the Annapurna Conservation Area

I come from a small village called Dhee in Upper Mustang where most villagers in my time were into cash crops and livestock. As I belonged to a herding clan, my summers were spent tending to sheep, goats and yaks. In the winter, I used to go down to Tatopani in Myagdi district, a business hub at the time, with my father and grandfather to exchange our salt for rice and other products.

My early education began at the local Buddhist retreat center, where my uncle, the head monk, taught me to read and write ancient Tibetan text. After spending four years with my uncle, my grandfather, who was fluent in Tibetan and Nepali, insisted that I go to a proper school and get a regular education. I started formal education at 10 and was a decent student—both in monastery and school. My family had to sell a goat or a sheep every month to fund my studies in Jomsom, and I’ll always be grateful to my family for giving me the opportunity to study.

There was no SLC exam center in my area at the time and I had to walk for 11 straight days to get to Pokhara to give the school-ending test. Even in Mustang, the kids from my village were called pakhey (a derogatory term used to describe someone who is ignorant). You can only imagine the treatment we got in Pokhara. The biggest challenge for me was to learn English, so I bought three guidebooks and memorized their contents by rote for my SLC exams. It was a huge deal when I passed the test as I then became only the second person from my region to graduate with a first division.

I then came to Kathmandu for further studies. Imagine someone from the rural mountains looking for rented rooms in the national capital! My struggle began from the moment I got here. I knew it would take a lot of work to catch up with the other students at Amrit Science College, but my tough upbringing had prepared me to cope with all of life’s challenges.

Mingma Norbu Sherpa, who established WWF in Nepal, was to play a crucial role in my academic endeavors. He asked me if I wanted to study abroad and I said yes. He along with Sir Edmund Hillary interviewed me. Hillary asked me to sharpen my language skills, while Sherpa asked me to list out ways to conserve snow leopards. I told Hillary that I could master the language, but to give an informed answer to Sherpa, I still had a long way to go and a lot to learn, despite having grown up amid snow leopards.

I had been raised in a herding community and deep down I always wanted to kill snow leopards that used to prey on our family livestock, killing seven, eight, and sometimes even 10 of them in one hunt. Luckily, I got accepted at Lincoln University in New Zealand and there I got to view animals such as snow leopards from a completely new angle. The more I understood the part they played in maintaining the delicate balance of ecosystems, the more I felt the urgency to protect them. After my graduation, I returned to Nepal and started working in Annapurna Conservation Area in 1993. Until that time, there was no concept of community-based conservation and eco-tourism. The locals were also left out of the nascent tourism industry. Realizing the need to ensure community leadership in conservation, I started eco-tourism practices, which involved responsible travel to natural areas, conserving the environment, and improving people’s well-being.

At first, the locals didn’t understand the concept and I became a subject of their aggression. However, with time, I was able to persuade them to look at snow leopard conservation in a different light. This was done by talking to them about the benefits of eco-tourism to their livelihoods and the environment, which eventually helped me gain their trust and support. I knew that snow leopards could not be saved without safeguarding the livestock of the locals.

Without a community-based approach, we simply can’t conserve wildlife. Like the way I used to hate snow leopards in my childhood, villagers used traps and poisons to kill them. It was the same story in many parts of the snow leopard range in Asia’s High Mountains—herding communities killing snow leopards in retaliation for attacks on their livestock. This conflict was one big reason for the decline in their numbers.

But I believed that if there was a community-based insurance scheme for their livestock, the locals could be persuaded to be active partners in conservation efforts. With this in mind, I joined WWF Nepal in 1998 and started programs on community-based snow leopard conservation with livestock insurance in the Kanchenjunga Conservation Area in 2004. This pioneering work soon became a milestone in Nepal’s conservation movement. For that, I have been recognized by many international forums and recently, the president of Nepal conferred me with the conservationist medal, Prabal Janasewa Shree Chaturtha.

The initiative compensated herders for any livestock that they lost to snow leopards, providing them with the financial support they needed to cope with their losses and a reason not to kill the endangered animal. After working closely with them, the communities eventually took ownership of the efforts to protect snow leopards, especially after they were taught ways to prevent snow leopards from attacking their livestock and provided compensation when they did lose livestock. All these efforts to protect the snow leopards have vindicated my decades of effort and completed my transformation from a herder to a conservationist. 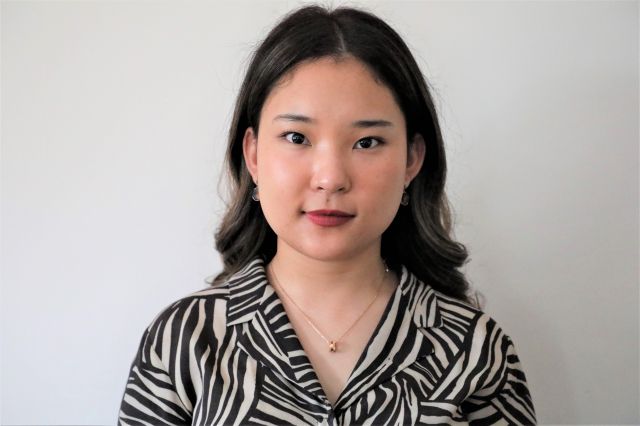 From a humble start in the foothills of Mustang to being one of Nepal’s leading conservationists, my father has relentlessly worked to conserve Nepal’s biodiversity for the past 35 years and continues to do so with the same passion. He is a role model for aspiring conservationists and environmentalists alike, and I am confident he will continue to inspire others with his brilliant work. 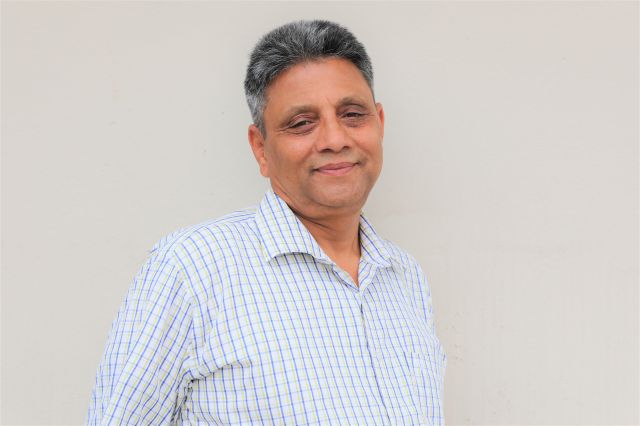 With his decades of experience, Ghana Shyam Gurung has contributed a lot to wildlife conservation and has represented Nepal in many international forums. Regarded as ‘Snow Leopard Champion’ for WWF Network and Himchituwako Gothalo, he is enlisted by the World Atlas among the ‘12 incredible conservation heroes saving our wildlife from extinction’. His work continues to inspire his colleagues and friends alike. I have known Gurung since 2007. He has been a source of inspiration for many young university graduates in the field of conservation. I am following in his footsteps to become a good conservation leader myself. I am particularly inspired by his simplicity, humility, power to motivate youths, and deep passion for nature conservation.

A shorter version of this profile was published in the print edition of The Annapurna Express on July 7.