Females make up 51.04 percent of Nepal’s population, but their representation in government bodies is much lower. This means their issues and concerns are rarely addressed.

Every year on March 8, various government agencies working on women rights and empowerment mark the International Women’s Day. They announce campaigns and programs for women rights and representation and yet they invariably fail to achieve the desired results.

But in executive bodies, women are heavily underrepresented. In the federal council of ministers, women representation is 26 percent; provincial ministries are also dominated by male ministers. 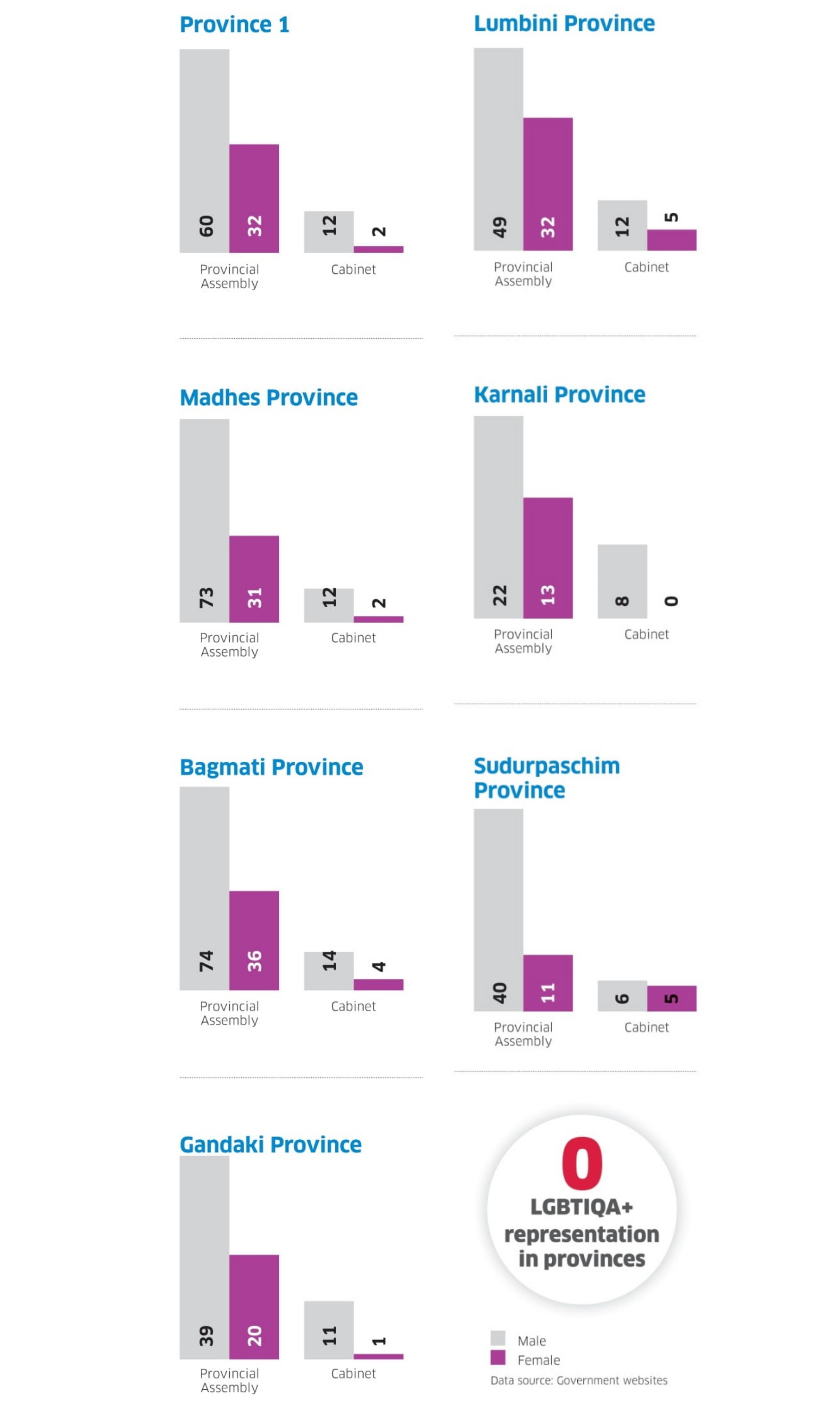 This shows that significant (if still inadequate) women’s representation in legislative bodies owes solely to constitutional provisions and not a commitment to leveling the playing field.

While Sudurpaschim province has 45.45 percent women representation in the cabinet, its legislative assembly has just 21.56 percent women.

Bimala Nepali, lawmaker and member of Women and Social Affairs Committee of Parliament, says they have repeatedly urged the government to at least ensure a minimum threshold of women in the federal Cabinet, to no avail. I ask for 51.04 percent women representation in every sector, in line with our population data. Currently, our legislative bodies have a decent number of female representatives, and we can raise our issues more effectively. But we also need men on our side. Gender equality should be a universal cause. To build an equal society, it is imperative that men take up the issues of women’s rights and representation.