Involved in civil society movement from 1981

I left the government job as a finance secretary in 1980. I was 40 years old at the time, and I had been holding a government job for 19 years. I was just one year shy from being eligible for pension, yet I decided to quit in full conscience.

After I left the bureaucracy, I got many offers from foreign organizations. But I decided not to go because I wanted to contribute my time and effort for the betterment of my country.

And in 1981, I started writing on society, diplomacy, economy, politics, etc. In 1990, I became finance minister for a year. Except for that one year, for almost four decades now, I have been a civil society member. The role of a civil society member doesn’t just mean reacting or protesting against political and social maladies, it also entails spreading thoughts, knowledge and ideas to build a better society.

At the beginning of my writing career, I didn’t write critical pieces against the Panchayat government of the time. It took me about three years to really find my true voice in writing, and I hit the Panchayat system by writing on its economic policy. By that time, the intellectual society and journalists had recognized me, and every day, they used to come for debate, discourse and interviews. This helped me build a larger circle of like-minded friends.

Soon, I was involved in think tanks, human rights organizations, and programs around South Asia, all of which helped me grow immensely and reach more mass. I was associated with Human Rights Organization Nepal when the Chernobyl disaster occurred in the then USSR. Nepal used to import milk and dairy products from the USSR. Following the disaster, I wrote an article titled ‘Nepal imports radioactive milk’ to raise awareness about the dangers of radiation. I was involved in many projects and activities that championed for a just world, for human rights and humanity in general.

I also initiated the ‘Swavalamban’ campaign, which worked in rural development and poverty alleviation.

Until the 2000s, the term ‘civil society’ wasn’t in much use. It only began after Nepal and Nepali people started a struggle to become a republic. The media fraternity started calling my fellow independent professionals and me a civil society.

Initially, political leaders motivated me to participate in protests for democracy. The Nepali Congress leaders like Ganesh Man Singh and Girija Prasad Koirala used to invite me to events and meetings. But when the anti-monarchy protests began, it was us, civil society, who had to rally the political parties and their leaders because they were hesitant to come forward.

By that time, the Maoist insurgency had been going on for nearly a decade. They were resorting to killing and violence demanding for a new constitution. The civil society members were also in favor of a new constitution. So, we decided to bring this rebel group to the negotiation table. Our goal was to make them lay down their arms, join peaceful politics and find a way for a regime change that is acceptable to all the established parties of the time.

For this, I met the Maoist leader Pushpa Kamal Dahal in Delhi and told him to give up violence and join mainstream politics.

The movement against the then royal regime didn’t pick up momentum until civil society became part of it.

So we went to the people, from house to house, to encourage them to participate in the protest. The Citizens Movement for Democracy and Peace (CMDP) in 2005-06, which I led, fought against the royal autocracy by mobilizing the masses.

At the CMDP meetings, we decided to call our movement a struggle for ‘loktantra’ (rule by the demos). It was deliberate because until then, democracy was known as ‘prajatantra’ (rule by the subjects). We didn’t want to be subjects anymore; we wanted to be citizens with rights and of a republic state.

But when we first started our movement, we didn’t initially bring out the word ‘republic’, because we reckoned many people wouldn’t have supported the idea. Many people had not yet made up their minds or at least had not thought of doing way with the centuries-old monarchy.

But our job was made easier by the then king Gyanendra with his ignorance and arrogance. As the movement grew and as our work with the Maoists and the seven-party alliance proceeded, we stood for more than just a republic order.

I consider myself as an ordinary citizen. I am grateful that I am a politician, who has to run the party and provide the spoils of office to the party supporters. I love being a citizen. It is the most powerful position in the world. 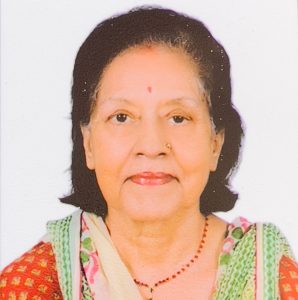 If a person is too honest, other people around are scared. And that person is my husband. He is a man with integrity, who has always thought for his country. During the civil movements, our house used to be a meeting place where professionals from every fraternity came and discussed strategies. He has also been a good husband and a wonderful father. 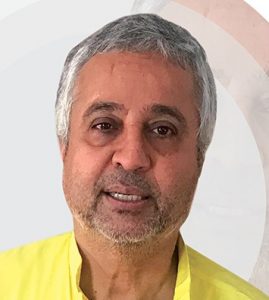 A word to describe him is ‘unprecedented’. The way he led the civil society movement for peace and democracy was courageous. After the establishment of the republic system, two people have become the president of Nepal. But, in my opinion, Devendra Raj Panday became the president of Nepalis. He is also one of the finest economists of Nepal, but our society hasn’t thought of utilizing his knowledge and expertise, which is unfortunate. 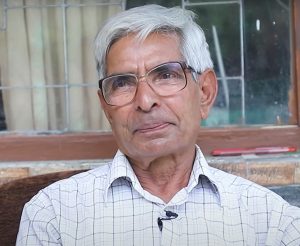 In the conflict between narrowness and liberality of political thinking, Devendra Raj Panday resigned from the post of government secretary during Panchayat. He played a key role in facilitating the dialogue between the government and the rebel Maoists, and created the background for the 12-point agreement. He is an ideological architect of Pahad-Madhes unity based on people-oriented economic thinking and equality. Panday hence is the only living intellectual of contemporary time with an intellectual identity and prestige.