Contest of the young turks 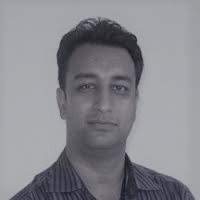 As the country prepares for the second federal and provincial elections, the categories of youth and independent have attracted national politics. There has been a steady rise of ‘independent’ candidacy either as rebels from the existing political parties or as candidates from other political formations. Similarly, the cry for youthful candidates is also making rounds in the political circles. However, it is altogether a different matter when it comes to defining who is a youth. With senior leaders setting a high age bar, the leadership of the Nepali politics could well be termed as ‘gerontocratic’. Therefore, even those leaders that may well be beyond fifty years of age come to acquire the title of a ‘youth’ leader. But there is another set of young leaders who are young by age.

This article, however, will focus on two sets of young leaders that are vying for electoral success in this election. One of them belongs to the existing mainstream political parties. They have either risen up the ranks or are in the process of doing so. They may well be considered the future of that respective party. The other set is represented by a group of young contestants who are in the fray either as independent candidates or belong to the new political parties. These candidates aspire to challenge and contest the leaders from the dominant political parties. However, some interesting questions that should be answered are how are the two sets of young contestants different or similar to each other? Do they represent different political worldviews?

Break from the patron-client relation

The emergence of a new set of contestants especially in select urban areas indicates a breakdown of the traditional patron-client relationship that has been an important characteristic of Nepali political culture. Given the rise of a new class of professionals who believe that they do not require patronage from the political parties/leaders, this group is refusing to be a fence sitter on the political front. They believe that given their technical and professional expertise, these new crops of political aspirants have it in them to solve the problem, which they attribute to the working of the political parties. A look at their approach and ideas however, gives one an impression that they are highly programmatic in their approach. They may be one-issue or some-issue oriented parties lacking a comprehensive approach to myriads of issues, especially one that define macro politics of Nepal.

The other feature of these new sets of actors is their attempt to give politics a brand. As one independent candidate vying in this election from Bagmati province said to this scribe “we are attempting to make politics a new lifestyle”.  He and many like him rue the fact that politics has limited space for urban upwardly mobile youth. They want to change that by intervening in the process. And they believe that not having a party (meaning traditional political party) baggage is a great advantage for them as there is no need to keep a patron happy as is the case with mainstream political parties.

Reactions of the youth in the dominant political parties

Given the contest from a different set of young political actors, the youth brigade of the mainstream political parties may feel some pressure. This pressure may not always be related to ballot success but will definitely question their political working and culture. It is an established fact that young leaders (especially those young by age) are finding it difficult to find their feet in the political parties that are increasingly being centralized by the old brigade. As a result, the traditional patron-client relation in the form of factionalism feeds through these young turks in the political parties. I don’t intend to suggest that there are no oppositions to these tendencies in political parties. However, these protests are sporadic or muted. The fact that there exists a strong political economy of the party system (including the patronage network) that seeks to benefit the respective members makes it difficult for the young members of that dispensation to break ranks.

The preceding sections have shown the difference between young contestants from either the dominant political parties or the new ones. There is, however, a striking similarity between the two sets of actors. Both sets of actors, for all practical purposes, operate within the framework of neoliberalism. And it is not just with market fundamentalism that accompanies the neoliberal thinking, but the whole gamut of ideology or worldview is shaped by the latter. The very fact that these new actors claiming to be ‘independent’ have a programmatic worldview is reflective of the right-based approach advocated by powerful capitalist global centers. This approach has ‘projectized’ the way we deal with society and its problems. Therefore, global centers of capitalism remain the patrons of these ‘independent’ candidates whose ideas are captive to those institutions meant to serve the former.

It is not just these new actors, but even the young leaders from traditional political parties are increasingly seeking to be part of the structures created by powerful centers of capitalism. These young leaders too champion, though privately (or at times even openly), the neoliberal ideology which at times may contrast the stated position of their political parties. In fact, both groups of young actors may be competing with each other to become part of what may be termed as globally mobile elites.

Even as the aforementioned group of young contestants compete with each other in the electoral fray, it is important to remember that they may be operating in spheres which may at times overlap with each other. But at the same time may create a distinct field. What is certain however is that we may witness different ways of doing organized politics—either by the way of traditional political parties or ‘independent’ lot. It nonetheless is important to consider that the upcoming elections may hold cues to understanding the Nepali politics for the foreseeable future.

The author is a sociologist affiliated with Martin Chautari. Twitter: @pranabkharel