First Nepali to be celebrated by a day abroad

Graduated from Pine Manor College, US; and post-grad from Clark University, US

To be born into a Dalit family in Nepal is to ensure life-long struggle for your basic rights. The society makes your economic and social advancement nearly impossible. Your struggles will be further compounded if you also happen to be a woman.

I still recall the shame and pain of being an ‘untouchable’ growing up. Imagine being an eight-year-old who is constantly made aware that you are lesser than your friends, that some places are off-limits for you but not for your so-called higher-caste peers.

Despite all the discriminations I faced as a child, I still consider myself lucky because my father sent me to school. He was a hardworking man who worked as a tailor and knew that the only way I could overcome my fate as a Dalit was through education.

While I was attending a primary school in my home district of Gorkha, I was often shamed and bullied not just by students but teachers as well. Despite the tough school environment, I was good in my studies and consistently ranked first in class.

It was because of my good grades that I got a scholarship to study at Manakamana Higher Secondary School. This was a big deal: my family who could not otherwise afford to send me to school. My life changed at the school as it was there that I met John Brookman, my science teacher.

Brookman was a Peace Corps volunteer who had come to teach at my school. When I first came across him, I was afraid he would not like me because I belonged to a Dalit family. But he treated me just like he treated other students in my class. He made me comfortable for who I was, a worthy person in my own right. He in fact inspired many students.

Brookman completed his service in 1990 and returned to his country, but we continued to remain in touch. Before leaving, he had encouraged me to finish my SLC and, if I did, he promised to help pay for my further studies.

I passed my SLC in 1992 and I reached out to Brookman to let him know about my achievement. He then connected me with one of his friends in Kathmandu who was then teaching through a distance learning program for the University of Wisconsin. I was offered a scholarship of $700, which completely changed my life.

I founded the Association of Dalit Women’s Advancement of Nepal (ADWAN) in 1998 as I did not want other Dalits to face the discrimination and trauma that I had suffered growing up.

I was the first girl from my community to graduate from high school. Now, through my organization and the efforts of others, this has become a reality for many other Dalit girls.

While I was pursuing my Bachelors in Arts, one of my friends’ mother, Eva Kassel, asked if I wanted to go to the US with her. There was no way I would have turned down this great opportunity. So I went to America in 1999, and Pine Manor College gave me a scholarship. The college would confer me with an honorary Doctor of Letters (D.Litt.) for my contributions to social work in 2013.

In 2015, the City of Louisville, Kentucky, honored September 27 as ‘Bishnu Maya Pariyar Day’ at the recommendation of Mayor Greg E Fischer, again in recognition of my social contributions.

My life struggle has been featured in Lisa Wright Hoeffner’s book ‘The Writer’s Mindset’ (2021) published by McGraw Hill.

As a social and development worker, I work for the underprivileged women and children in Nepal and the US. At my initiation, the City of Jersey in the state of New Jersey held ‘Nepal Flag Raising Ceremony’ in 2017. The city thus became the first governmental authority in the world to honor Nepal’s flag. I have also worked to pass the Temporary Protection Status (TPS) of the Jersey City Council Resolution for Nepalis living.

I have twice served as an advisory member in Jersey City Mayor Steven Fulop’s Diversity and Inclusion Board. Recently, the government school curriculum for grade seven in Massachusetts incorporated a chapter about me under the subject of World’s History and Geography. Many other Nepali and American organizations have also recognized my work with various awards.

I strongly believe that change is possible and we all can be agents of such change. 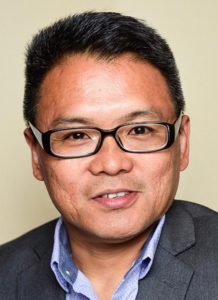 I am inspired by what she does to lift Nepal’s most marginalized communities. I committed to helping her in whatever way possible when I realized that caste-based untouchability and racial discriminations are still rampant in Nepal. She is one of the kindest souls. I feel fortunate to have met and fell in love with her. We now work together to end untouchability and inequality in our society in our lifetime. 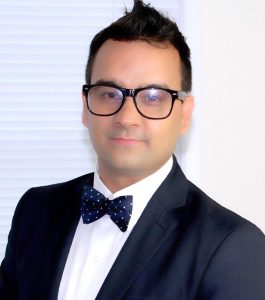 People know Bishnu Maya Pariyar as a Dalit rights activist but she really is a human rights activist. During the covid pandemic, she advocated and helped not only Nepalis in the US but also other laymen. She is a humble person who is always available to help others. Her contributions have boosted Nepal’s recognition abroad, something which we can all be proud of. 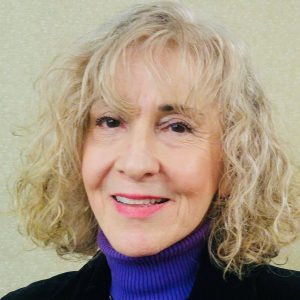 I met Bishnu Maya Pariyar at the United Nations. Her commitment to improving the lives of marginalized women and children immediately impressed me and we became friends. She wants to be the voice for the voiceless people. She is generous and everyone respects her. I am fortunate to have her as my friend.

A shorter version of this profile was published in the print edition of The Annapurna Express on August 18.