As I was growing up, my parents had to struggle to manage two square meals a day. They ran a small tea shop, their only source of income. But despite being poor, my parents were determined to send their children to school.

After completing school, I took a non-formal class on law as per my grandfather’s wish. I also began drafting court related letters. But I didn’t want an office job.

I wanted to become an athlete. I liked running more than anything else. Perhaps I developed this interest after seeing my seniors doing it. I participated in my first ever race in the early 60s. It was an inter-school 1,500m race in which I finished first. That race changed my life because I got the opportunity to train under professionals.

It was around 1963 when I traveled to Birgunj in a truck after learning that a national sports meet was being organized there. I begged the organizers to let me participate in the competition, which used to be an exclusive domain of security personnel. To this day, many Nepali athletes are either from the Nepal Army, Nepal Police or Armed Police Force. This is because the security agencies have facilities and resources to produce national level athletes.

In Birgunj, I spent several nights in the hotel lobby, so that I could compete as well. Seeing my determination, the event organizers eventually relented and allowed me to participate. To everyone’s surprise, I went on to win the gold medal in that tournament. The first thing I did after winning the prize money was to go to India and buy myself a pair of shorts and a shirt to wear in future tournaments.

I had won a national championship without a decent gear for track and field. I had put on an outfit that I had made myself, which included a full-length trouser that was cut on its knees to look like shorts.

I used to wear repurposed shorts even in international events. Participants from other countries were curious as to why I didn’t have proper gear or running shoes. To their probing questions, I would reply politely that such items were not available in Nepal.

I have no complaint against the country or the governments of the time for not providing me with proper running shorts and shoes. I was proud of my country and grateful for everything it has given me.

I won the first gold medal for Nepal in the South Asian Games (SAG) of 1984. And three years later, I completed the 42-km marathon in a record 2:15:03. The record remains unbeaten. It was also my third consecutive win in the SAG, another record for a Nepali athlete at the time, which was later beaten by Dipak Bista with four consecutive SAG gold wins.

When I won in 1987 SAG held in Calcutta, many people had come to support Nepali athletes. They all came to congratulate me when I won the gold. That is an unforgettable moment in my life. I am proud of my record, and my wish is that if it were to be broken, let it be by another Nepali athlete.

When I started competing in the Olympics, many people thought that I would settle in some foreign country because many international sporting officials were impressed by my hard work. But my love for my country never let me do such things.

My early days were full of discouragements. The discouragement came mainly from those who thought being a full-time athlete in Nepal was not financially sustainable. But my resolve was strong. I wanted to continue in the field of sports and dedicate my retired life to help upcoming players.

It’s been around six decades since I have been going to Dasharath Stadium. In the early days, I went there to train and compete. These days I go there to run for my health and to encourage aspiring runners.

I like to talk more about the positive sides of sports in Nepal, but there are rooms for improvement. We need to establish a mechanism to identify young talents from different parts of the country and provide them long-term training, which is necessary if we want to win medals in athletics in the global stage. 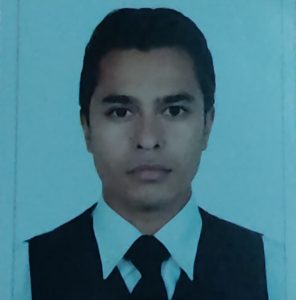 Being a sportsperson, my father used to have games regularly, inside and outside the country. He would barely celebrate any festivals with us. Yet, he used to send clothes and essential items via his friends. Even in his 70s, he is a strong pillar of our family. He gives us suggestions in every step of our life and career. He treats us as his friends so that we could share our feelings to him without any hesitation. My father is my hero. 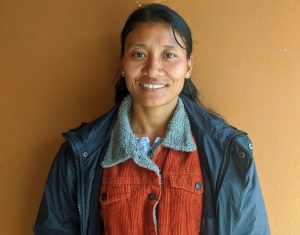 Even if Baikuntha sir is my coach now, I have known him since I was a little girl. I have read his biography there. I feel so motivated that the person whom I looked up to in my younger days is always around me these days. And I am not the only sportsperson who considers him an idol. He has inspired many Nepali players, no matter what sports they belong to. 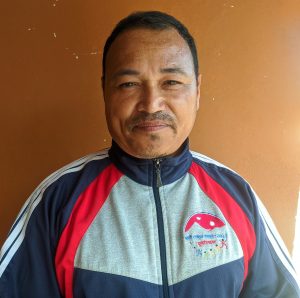 Baikuntha Manandhar is a rare sports person who has proudly introduced Nepal as a sporting nation in the international stage. I feel that the government has not honored him enough. I think he should get a chance to serve as a member secretary of the National Sports Council for at least one term.