​​Ashesh Malla: For the love of theater One who started Street Theater in Nepal | Photos: Pratik Rayamajhi

Theater has always been a part of my family. I was born and raised in Dhankuta, but my ancestors were from Bhaktapur, a place steeped in art and culture. So, the element of theater and drama was always there in my family, no matter where they went. My family naturally had a profound influence on me during my formative years.

Every year we used to set up a huge stage for actors to perform their plays in Dhankuta. I used to see the actors rehearse, and sometimes I would get to play the role of a kid in the plays they were staging. I participated in jatras as well.

After completing my school, I left for Biratnagar for my further studies. But I would be back for a month or so during jatras.

I always knew what I wanted to do with my life, and all my family and friends were supportive of me. They used to encourage me to write my own plays and stage it in our village. They really believed in me. This was how the theater troupe called ‘Nawa Kalakar Sanskritik Samudaya’ was formed in 1974. I wrote my first play ‘Tuwalole Dhakeko Basti’ in 1975. The play was staged at my school, and surprisingly, we had a lot of audience.

Buoyed by the audience response, we took the play to Dharan. We booked a cinema hall there to perform the play. Next, we went to Biratnagar and to Kathmandu, where we performed at Rastriya Naach Ghar. In Kathmandu, our play was staged for one-month straight. It was a big deal for us, because it was our first play.

Most of my friends returned to Dhankuta after the play was over, but I decided to stay behind. I wanted to do something big in the field of theater, and Kathmandu was where I could pursue my dream.

I enrolled myself at Tribhuvan University (TU) for a master’s degree in arts. I wasted no time making use of the university auditorium to stage plays. This was how my theater journey began in Kathmandu.

At the time, the country was still under the Panchayat regime. There was no freedom of expression. Speaking against the government was a criminal offense. I was deeply affected when I heard that Bhim Narayan Shrestha, my neighbor from Dhankuta, had been sentenced to death for anti-government activities. The incident inspired me to write a play that satirized the political system of the time. When the play was staged, it angered the government to end. My theater team and I were assaulted behind the curtains for this transgression. But that didn’t stop us from speaking up against the Panchayat. I wrote another play, which was shut down on the third day of production. Such was the political scenario of Nepal. I rebelled against the powers that be and I was punished. I no longer had a stage to showcase my play. But I had a few university friends who were willing to help me out.

We needed our own place to freely work on plays. In 1982, we established Sarwanam Theater, but we still didn’t have a stage to perform our plays.

The government was not letting us perform. The district administration offices were censoring plays across the country. There was no place where we could freely express our thoughts and ideas through art. I increasingly grew hopeless when it occurred to me that I could perform my plays anywhere. All I needed was the audience. So I thought, “Why not just perform on the street?” This was how I came up with the concept of street theater (Sadak Natak).

I wrote a play called ‘Hami Basanta Khojirahechau’ and staged it at the coronation garden of TU. Almost every student loved it. We were invited by other colleges to perform the play. After that I also wrote plays like ‘Atirikta Aakash’ and ‘Ma Bhaneko Hami’. They were light dramas that indirectly reflected the then political scenario of Nepal.

Soon enough we were being asked to perform street dramas in many places. We went everywhere we could. Sometimes police would stop us while traveling. But that didn’t stop us from showcasing our plays.

Our street dramas played a key role in the 1990 revolution and even after that. Street dramas were part of every Nepali revolution and popular political movement. I didn’t know until late that street plays were popular in foreign countries as a form of protest as well.

After the restoration of democracy in 1990, street dramas went beyond political themes. There were street dramas with social messages and even commercial advertisements.

I stopped performing street plays after 1994, until the Election Commission requested me to write a play about the Constituent Assembly in 2008, which was to be showcased in all districts of Nepal on the same day and same time. I guess it could have been a world record.

When I look back at my career, I don’t know how I did it. I persevered despite the government threats and pressure. Perhaps my passion for theater arts got me through it all. That passion is still there. 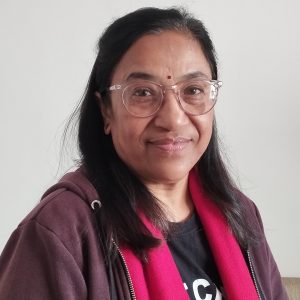 I don’t have to explain how good he is professionally, as the entire country has seen his work. In his personal life, he is a wonderful husband and a father. Being a working woman, I needed his support and he has always helped me with that. He doesn’t believe in patriarchy and is involved in kitchen works and all. He has always provided professional and personal space for his family members. 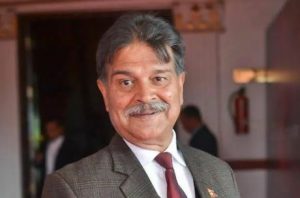 I have known him for a long time. I have seen his ups and downs in his personal and professional life. Despite the challenges in different political environments, he fought for democracy through his art. He is a revolutionary theater artist, a brilliant poet and a down-to-earth human. Being active in the profession for such a long time is not a joke and not everyone’s cup of tea. 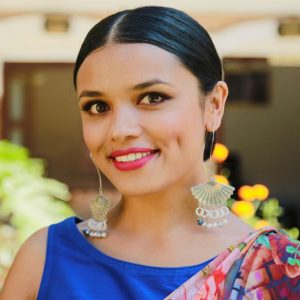 Though I knew him during a theater competition around two decades ago, I was formally introduced to him only in 2018. He cast me for a lead role in his play ‘Arko Kurukshetra’ which was a theatrical comeback for both of us. He always expects great performances from his actors. With him, we get to explore the philosophy of classics like Mahabharat and modern day activism too. Despite being a celebrated theater figure, he is humble and has made theater available for everyone.