ApEx Roundtable: Where do Nepali youths stand on climate issues? The government has been working to finalize the agendas for the COP27 climate conference, which will take place in Sharm el-Sheikh, Egypt, on 6-18 Nov. It has been holding consultations with wide-range of stakeholders. In this context, ApEx organized a roundtable session with youth climate activists to solicit their views. Here is an excerpt of what they had to say: 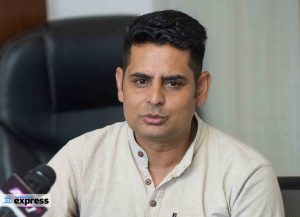 The issue of climate change should be analyzed at four levels: individual, community, national, and international. The individual approach is all about behavioral change and sustainable practice. At the community level, local governments are supposed to intervene. The national level means the government’s responsibilities and the international level is about multinational programs and discussions. But our approach at all these levels is minimal.

Our government has no clear focus. For example, our prime minister has committed to achieving net zero emissions by 2040 and at the same time, the government is planning to extend the petroleum pipeline. These two plans clash with each other.

To make our voice heard at COP climate summit and other international forums, our homework should be strong and for that, our institutions must be strong. We also need climate negotiation but our issues and agendas should be bold and research-based. Bhutan has been doing well in this regard.

It is impossible to have a diverse discussion so long as the same set of people represent Nepal at the climate conference. Civil society members, youths, researchers, and climate activists should also get the opportunity to attend the event.

There is also a lack of coordination at the ministry level. The government programs on climate are often Kathmandu based and they never include wide stakeholders. We only get to learn about the government agendas on climate via social media. This has to change. 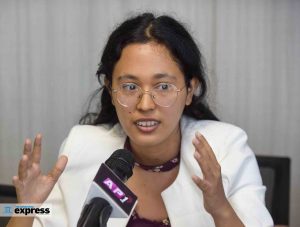 The world has a 1.8bn youth population. Almost 40 percent of Nepal’s population is youth. So, we have a great power, which we must utilize to implement climate action. And in many terms, we have already carried our responsibility. Global strikes for climate, for instance, are mainly mobilized and led by the youths. We have held the world governments accountable.

But despite all the contributions, youths are barely given a chance in governmental and international climate forums. Our participation is minimal and sometimes, we are invited just to fulfill the youth quota. There is youth participation in COP climate summits, but as an audience, not as negotiators. When it comes to negotiations and delegations, it’s always the same old politicians and bureaucrats. Essentially, youths have no meaningful participation.

In COP26, only 13 of the 75 Nepali participants were female. There should be more inclusive participation. Those who have felt and lived with climate change impacts, such as indigenous people, should join the international discussions. I believe they could better express the situation. Their participation will also be a sort of symbolic protest against developed nations and major contributors to carbon emissions.

People working at the grassroots level are always ignored 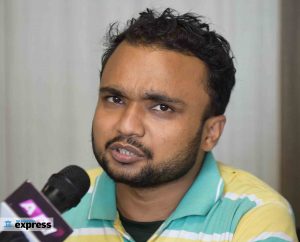 Nepal is one of the most vulnerable countries in terms of climate change. While many Nepali youths have started working for climate advocacy, mainly on climate finance and loss and damage, they still lack support from the government. The government and other concerned authorities should team up with the youths to combat the climate crisis.

Nepal’s share in global carbon emissions is only 0.1 percent, yet we are facing heavy brunt of climate change. We should focus on climate- and environment-friendly policies, but the government has been doing the opposite. It is conducting petroleum extraction feasibility in Dailekh and Palpa districts and introducing counterproductive policies such as tax hike in electric vehicles.

There are many people who work at the grassroots level to fight against climate change, but they are not getting any support or recognition. They have more knowledge on climate adaptation, but they are rarely consulted or invited for national or international climate discussions.

At least, COP climate conference should be inclusive if we were to bring up the real agendas.

Transfer of knowledge is missing 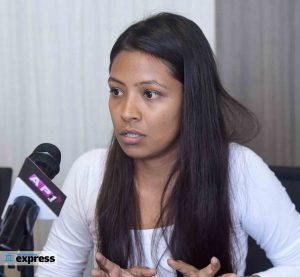 This year, for the first time, I am going to participate in the COP27 climate summit, but I am yet to know how things will go there. I have no idea about the process of negotiations and any other things that a participant needs to know. I have been trying to figure these things out without any success. I believe this is due to the ignorance of our governmental bodies. They should have trained us, so that we could raise our voice too. The participants of previous years have not been able to pass on their experience and knowledge to the youths.

I have been working for climate education with schools. A student in Sindhupalchok drowned in a river recently while going to school. The water levels in the river have gone up, which can be attributed to climate change. But the local people are not aware of this. They are facing the impacts of climate change on a daily basis.

If we could only educate them, it will help them prepare for further crises. This is particularly true for the younger generation. Here too, there is a gap in knowledge. It is not being passed down. The government needs to update the school curriculum. In terms of climate change, there are a lot of things to add.

What happens in COP27