Come Nov 20, Nepali voters will elect their representatives to the federal parliament and seven provincial assemblies. Political parties and candidates are out campaigning. But it appears as though the electioneering is gaining momentum only for the federal parliament. Elections to the seven provincial assemblies seem to have been overshadowed by the typical campaigning razzmatazz for federal polls. The constitution envisions three tiers of government, so what goes on in provinces are equally important for voters. Considering this importance, ApEx recently organized a roundtable with four independent youth candidates contesting for provincial assembly seats to find out about their election agendas. Excerpts.

Robust provinces for a prosperous country 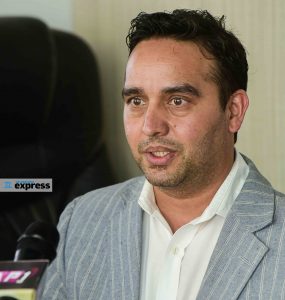 Our political leadership has made the provinces a place to install their cadres. This suggests that they are against federalism. This has set a negative narrative regarding the provinces among the public and has kept the provincial assemblies and elections in shadows. But we must realize that, in federalism, there will be no local levels without provinces as all the three tiers of government are interrelated.

Bagmati province generates almost 40 percent of the country’s Gross Domestic Product (GDP), and around 90 percent of total investment goes to this province. Being such an important province, it could be a center for the country’s economic development.

So it is necessary to develop a culture of identifying and implementing development plans based on the suggestions of experts, rather than political parties. 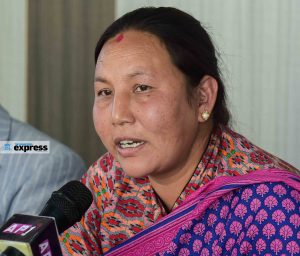 Even if our constitution has mandated 33 percent women’s participation in each sector, this has not been implemented in a real sense. In the federal parliament, there are a few female lawmakers, but in the provinces, I have not seen anyone. This is one of the reasons why I decided to contest the provincial election.

Although Nepal is said to have made significant progress in terms of political and socio-economic aspects, a common Nepali person hasn’t been able to taste and experience these achievements. This is because we have yet to institutionalize federalism. In a well-functioning federalism, the general people can see the progress around them, as all levels of government are connected. I strongly believe that women’s participation is a must to institutionalize federalism and bring about real change.

My constituency has many problems that I have identified. There are issues with drinking water, sewage management, social security fund, agriculture, etc. but nobody has shown the commitment to resolve these problems. But if I were to be elected, I would take the necessary steps to deal with these problems.

I have been involved in social work and empowerment of single women for more than a decade. I believe that my work experience will help me connect with the issues that need addressing. 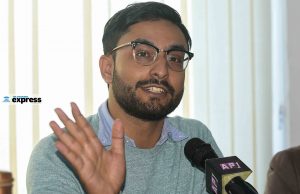 A change in the system is a great deal for a country. But we Nepalis have the tendency of easily accepting a political change. We accepted federalism but the political parties took it for granted. Today, it seems like the parties themselves don’t want federalism.

In the Bagmati assembly, there are 110 members, and three of them have served as the chief minister and almost 60 as ministers. The same case applies with other provinces. There has been no political stability at all.

If the political parties continue these types of practices, why should Nepalis believe them?

So my argument is if a few independent candidates were to be elected in provinces, we could become examples of what real lawmakers should be like.

My presence in the provincial assembly will ensure public discussion, public decisions, good governance, meritocracy, integrity, and transparency. I believe in teamwork. I will also forward a concept of provincial universities, as a large number of Nepali students are going abroad because we lack decent educational institutions. As a provincial assembly member, I will also focus on health insurance, digitization of services and promotion of art and culture. 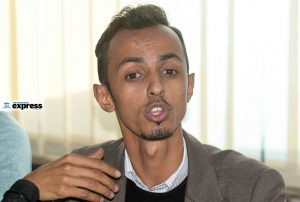 Our constitution has ensured a check and balance among all three tires of government. But what our politicians have been doing is fooling Nepalis by recruiting their puppets in provincial assemblies. There is no political discipline, no programs or policies for development. Every sector is paralyzed as a result.

I am an entrepreneur and I have no working environment in this country. So why will I stay here and struggle for no reason? This is the voice of present youths. Nearly 90 percent of my friends have left Nepal. The problem of brain drain is real, but no politician acknowledges it, let alone tries to address it. We can’t make a prosperous country by relying on remittance.

If I get elected, my first focus will be to create a youth-friendly entrepreneurial environment in Bagmati province. For better educational activities, my concern will be in the promotion of skillful education and the betterment of community schools.

Nepal is a young country and it needs a government led by youths. So my objective will be to encourage youth engagement and participation in all sectors. My other priorities will be creating jobs, addressing the problem of drug abuse among youths, affordable healthcare and working closely with the Kathmandu Metropolitan City to find sustainable solutions for parking, waste management.